Just like that our littlest lady is one year old! We decided that after the obligatory cake eating and present opening we would jump on the train and head to Bristol to see some fish at Bristol aquarium. We actually did the same thing a couple of years ago when Lyra turned one and she had loved it so we had high hopes. 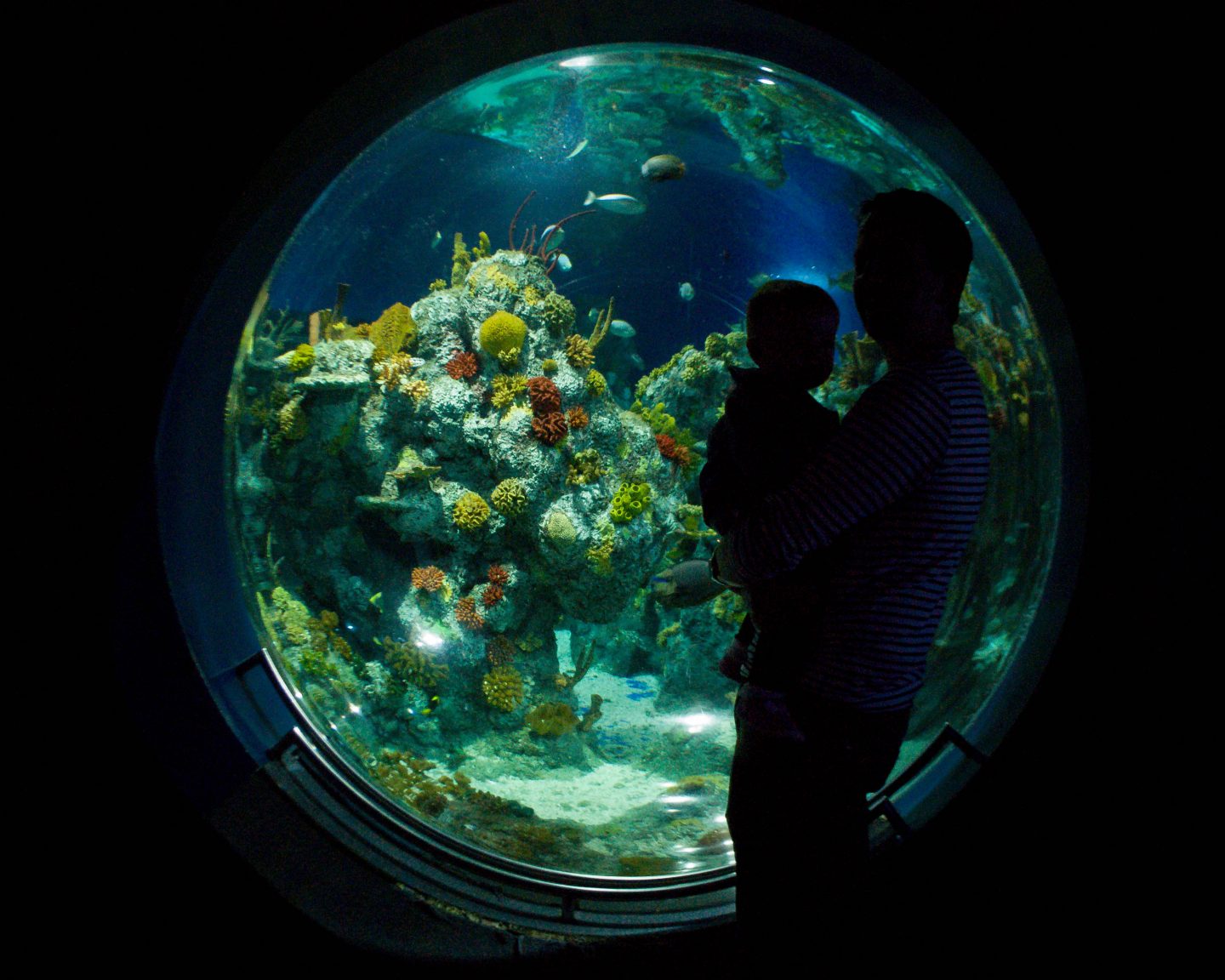 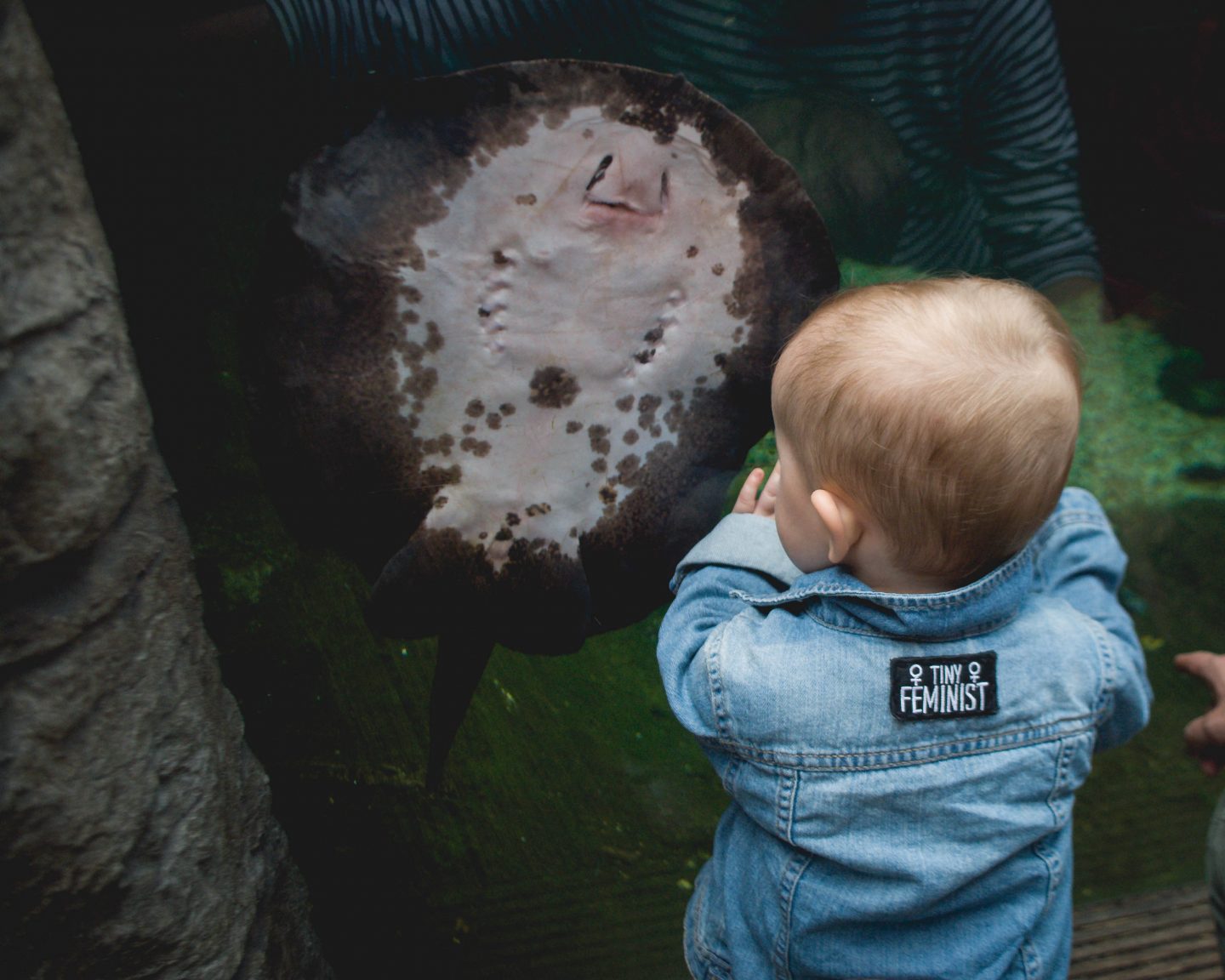 Athena fell asleep on the walk from the train station to the aquarium so we were forced to stop off and get some coffee and cake to pass the time. I mean, we couldn’t let Athena miss all of the fish could we?! We obviously didn’t waste enough time though as she was still asleep when we arrived but luckily she had woken up by the time we’d got our tickets and headed in. 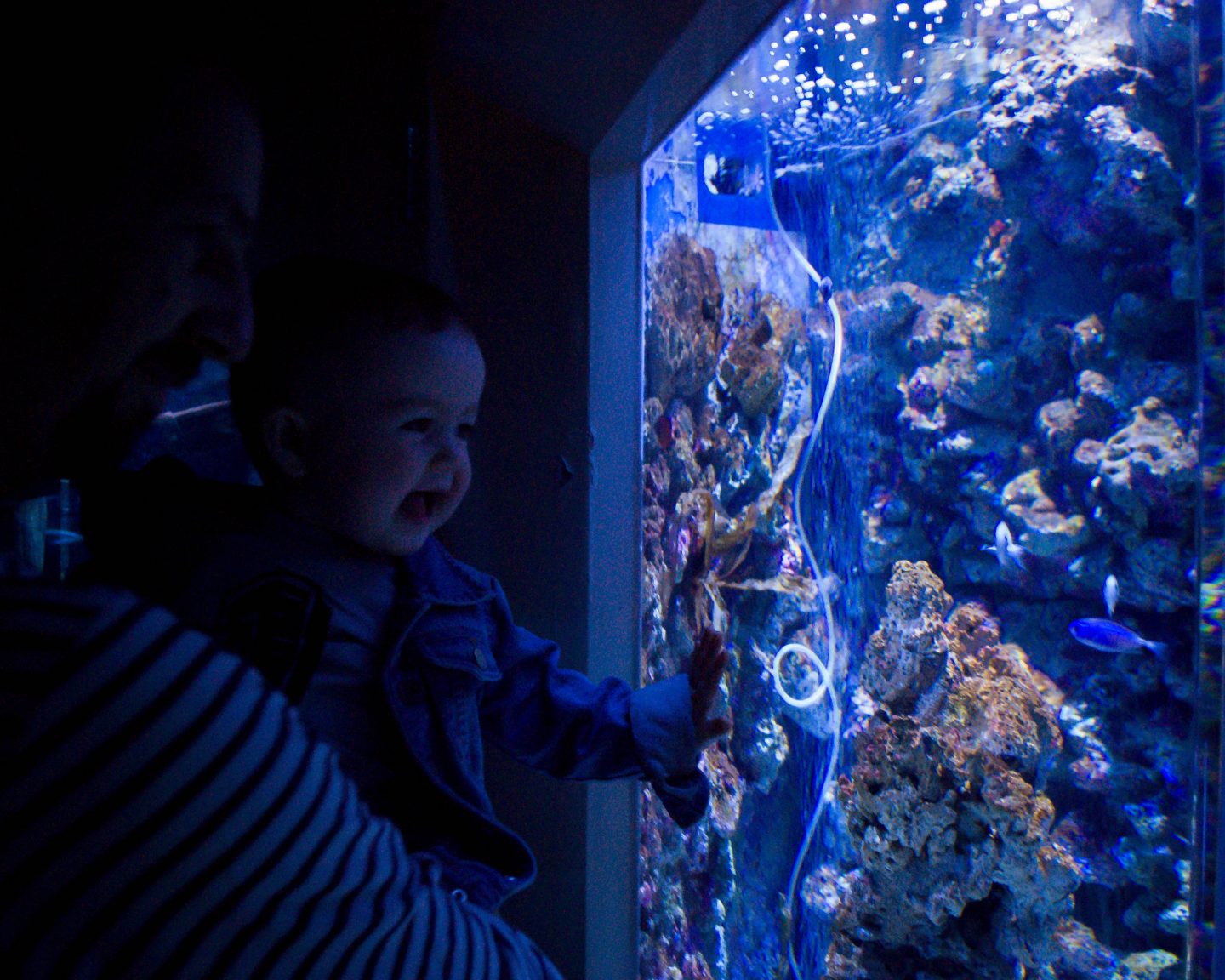 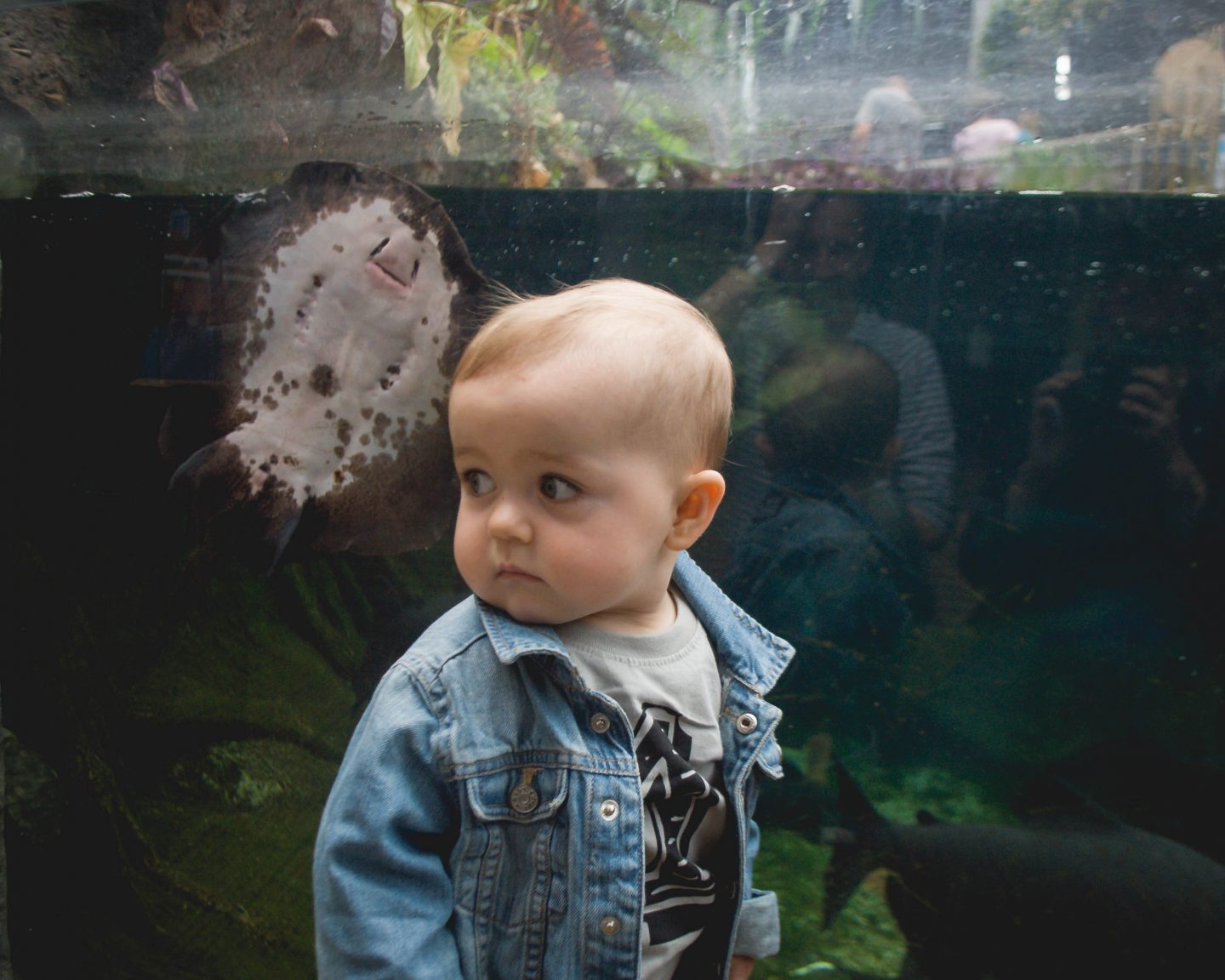 Now one thing we didn’t have last time when we visited for Lyra’s first birthday which made it a very different experience was a three year old! Lyra wanted to see everything, know everything, and then run on to the next thing. Athena could have just stood and watched the fish in the first big tank for the whole visit so it was definitely a balancing act to keep them both happy. I guess this is the first time we’ve done something like this where Athena hasn’t just been a baby being pushed or carried around but we worked it out and I think everyone had a good time. Strangely, this time around both girls’ favourite thing was a small collection of tanks containing frogs! 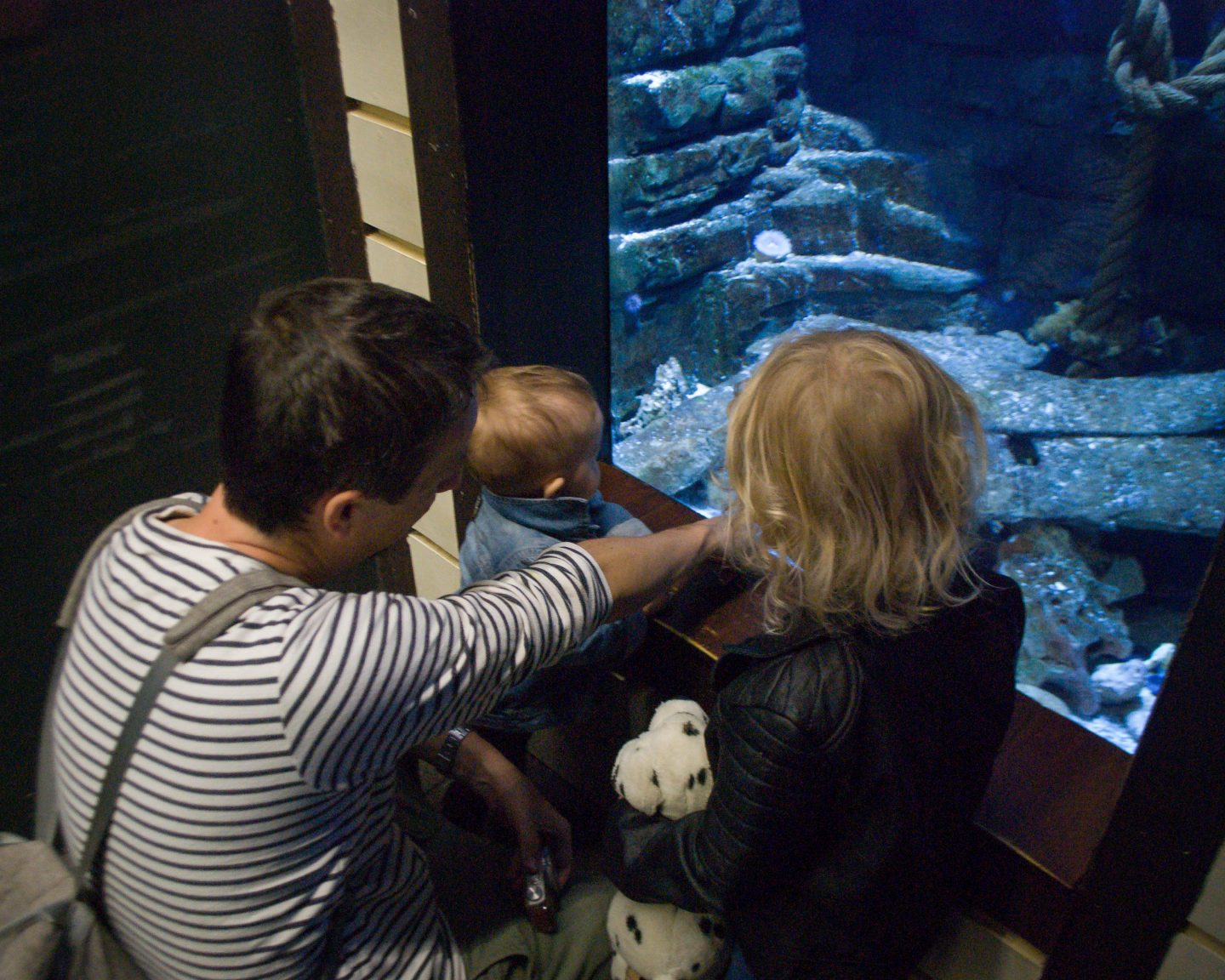 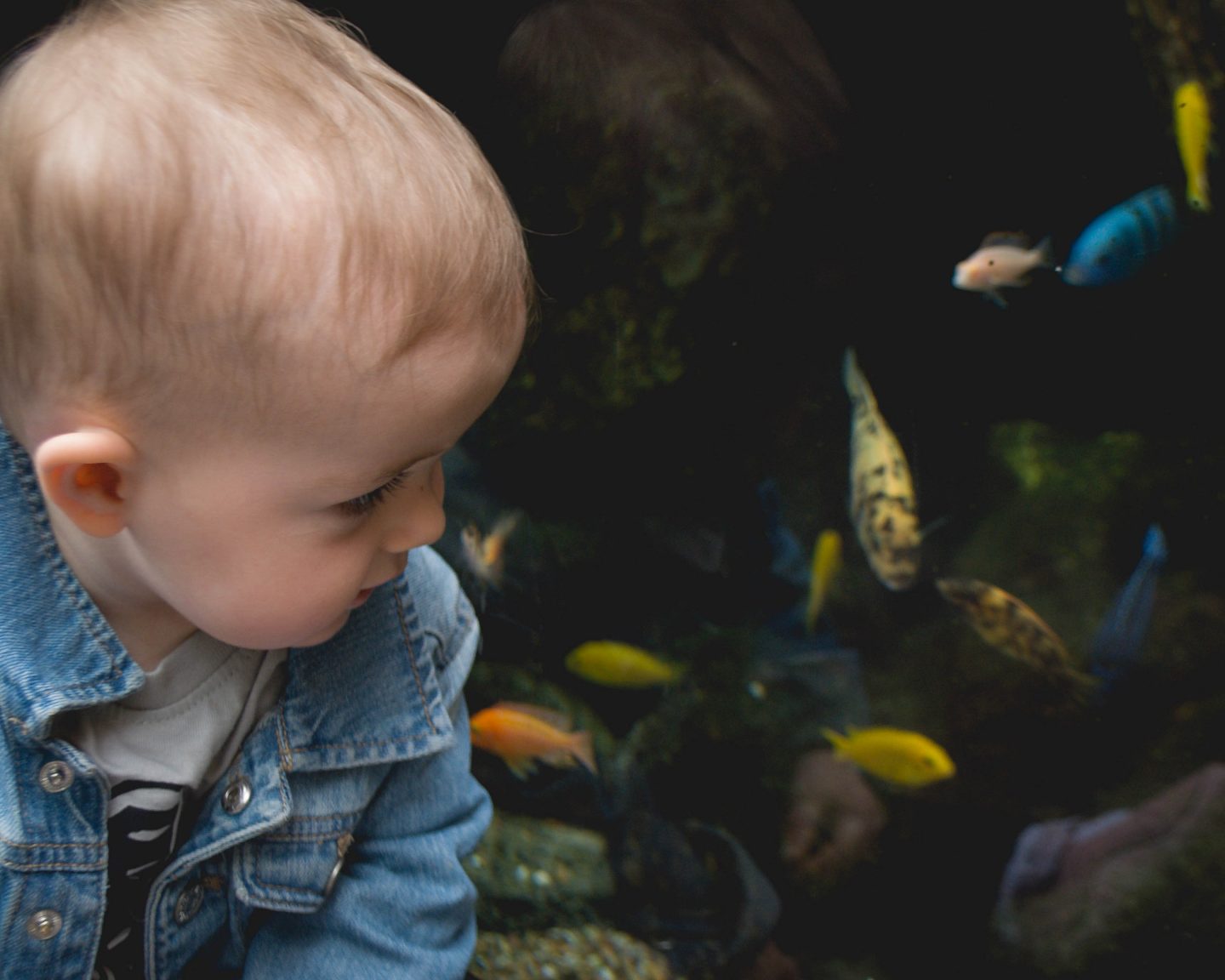 We probably spent a good two hours exploring and watching the fish. I didn’t take many photos because I just find it so difficult to get good photos at the aquarium but I took a few that I like. After we’d tired of fish we headed out for some lunch (which Lyra managed to sleep the entire way through) and then back on the train to home. And just like that Athena’s birthday was over. Now we just have a little tea party this weekend to prepare for… 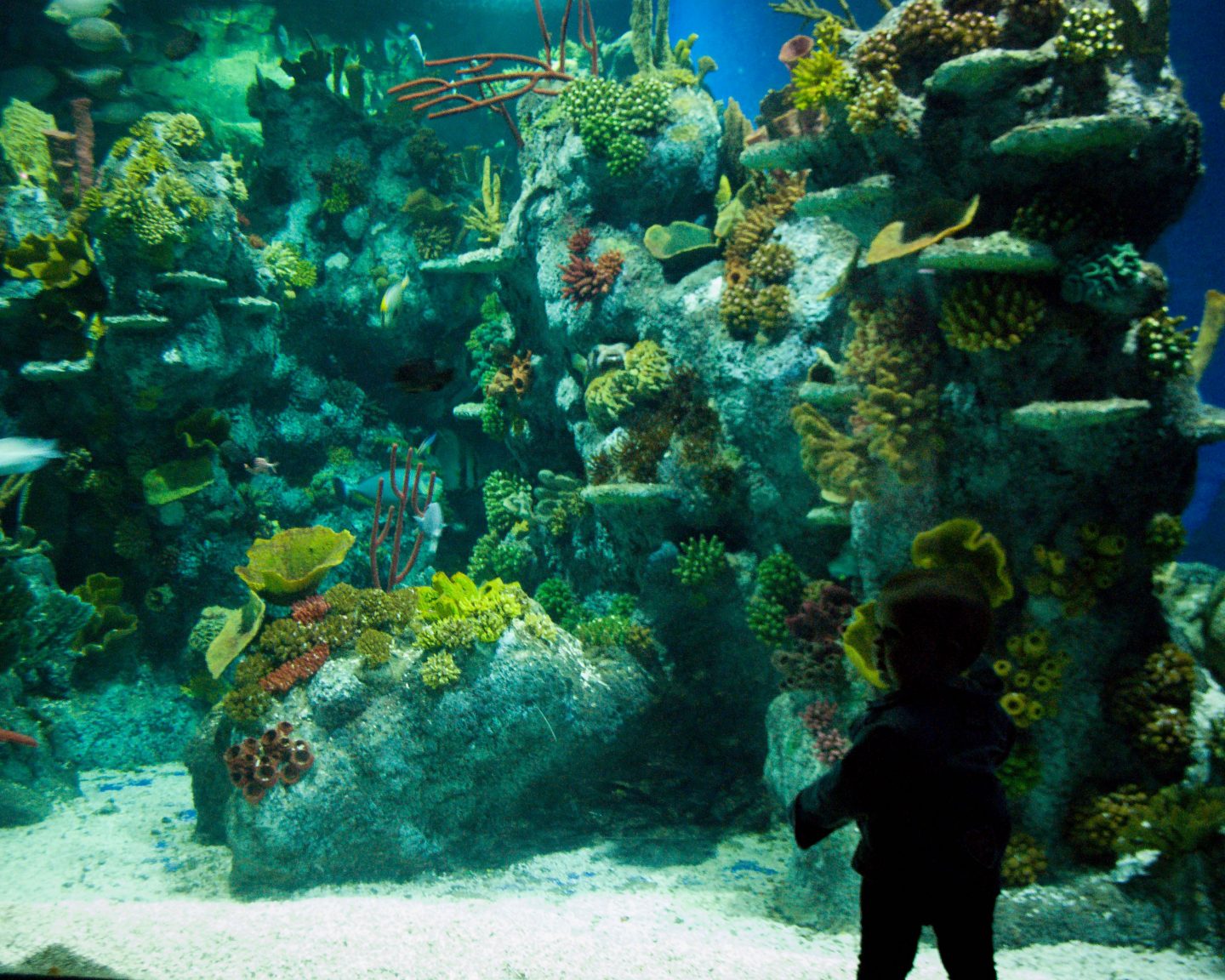