Saturday was Athena’s party and so I was a little worried that we weren’t going to find time to squeeze in our Random Act of Wildness for the day. I’ve tried not to put too much pressure on us to do something big each day and I’m really trying to just follow Lyra’s lead this month. I knew that we wouldn’t be able to go for a walk or anything that day as we had lots of people visiting but I hoped we would manage to get out in the garden for a little bit but I certainly didn’t think our day would involve so much mud. 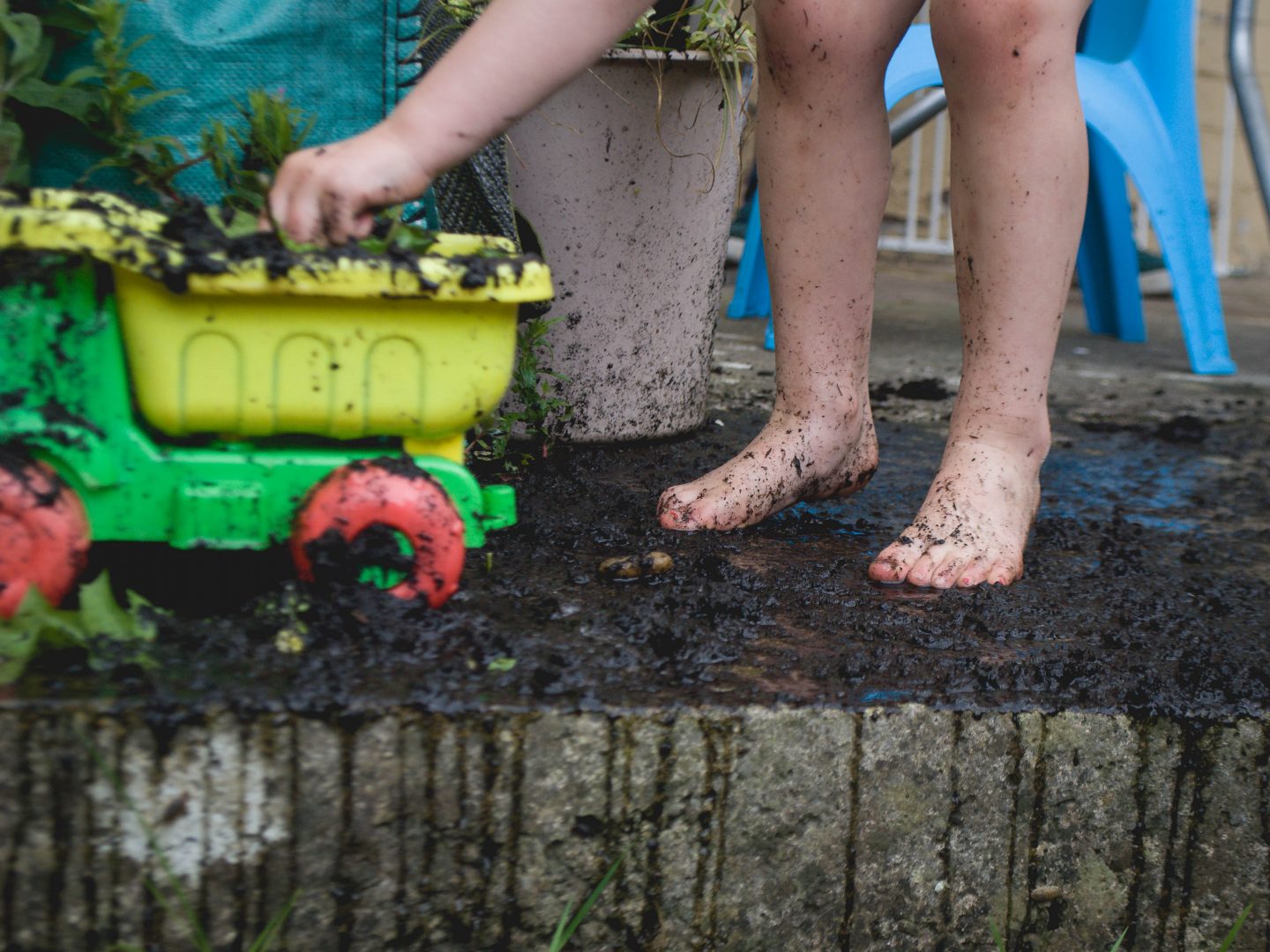 In the end I really needn’t have worried as Lyra always seems to find a way to get outdoors and get wild! She started off playing in the garden with her friend and of course they were drawn to the soil and the water, combining the two to make some very sloppy mud. It was at this point that they had to be stripped down to avoid their party dresses getting dirty (hence the strangely cropped photos as didn’t want to share photos of her in her knickers!). They spent so long filling up the dump truck with mud and then adding leaves, sticks and flowers. They were completely absorbed in their task even if we had no clue what they were doing. 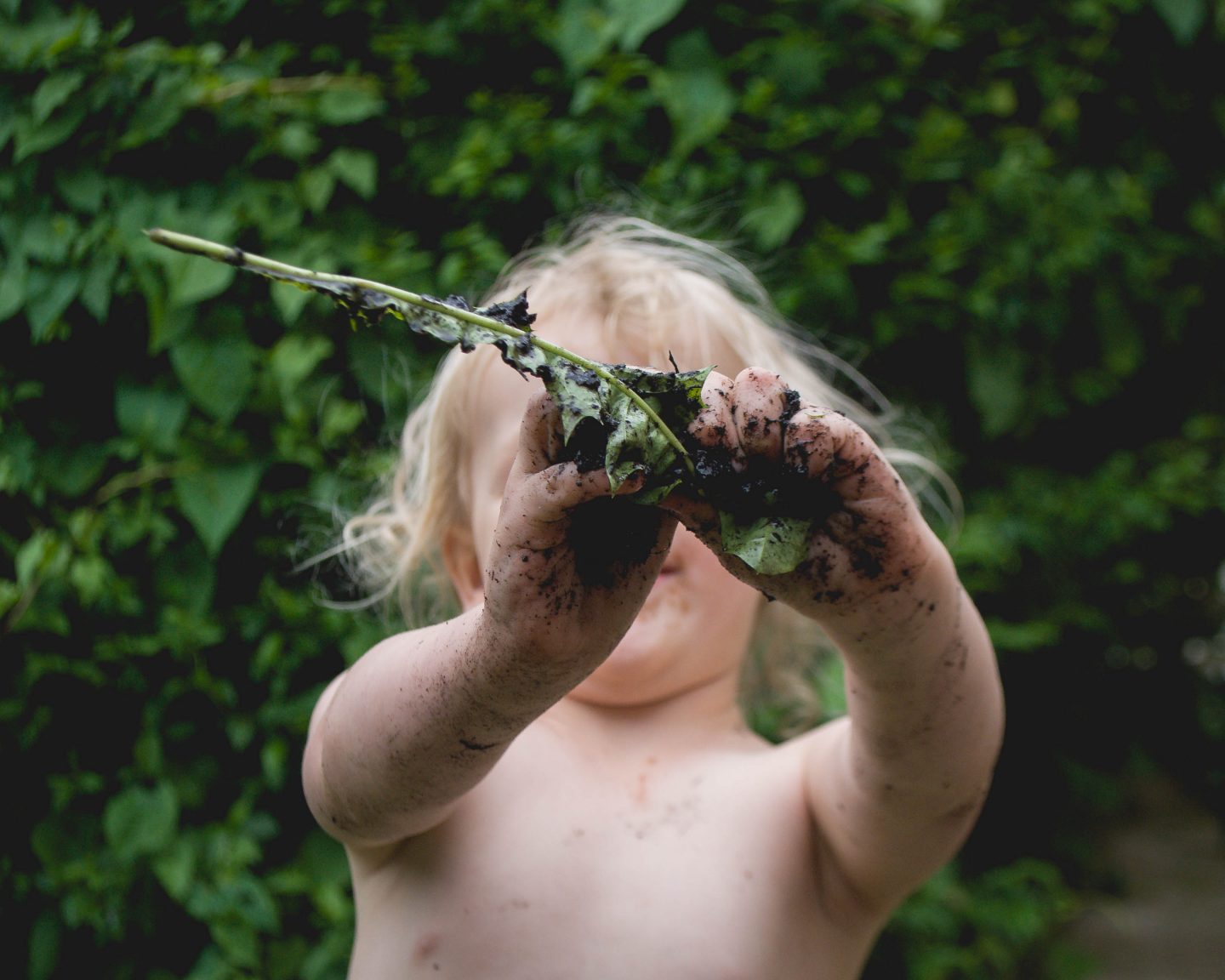 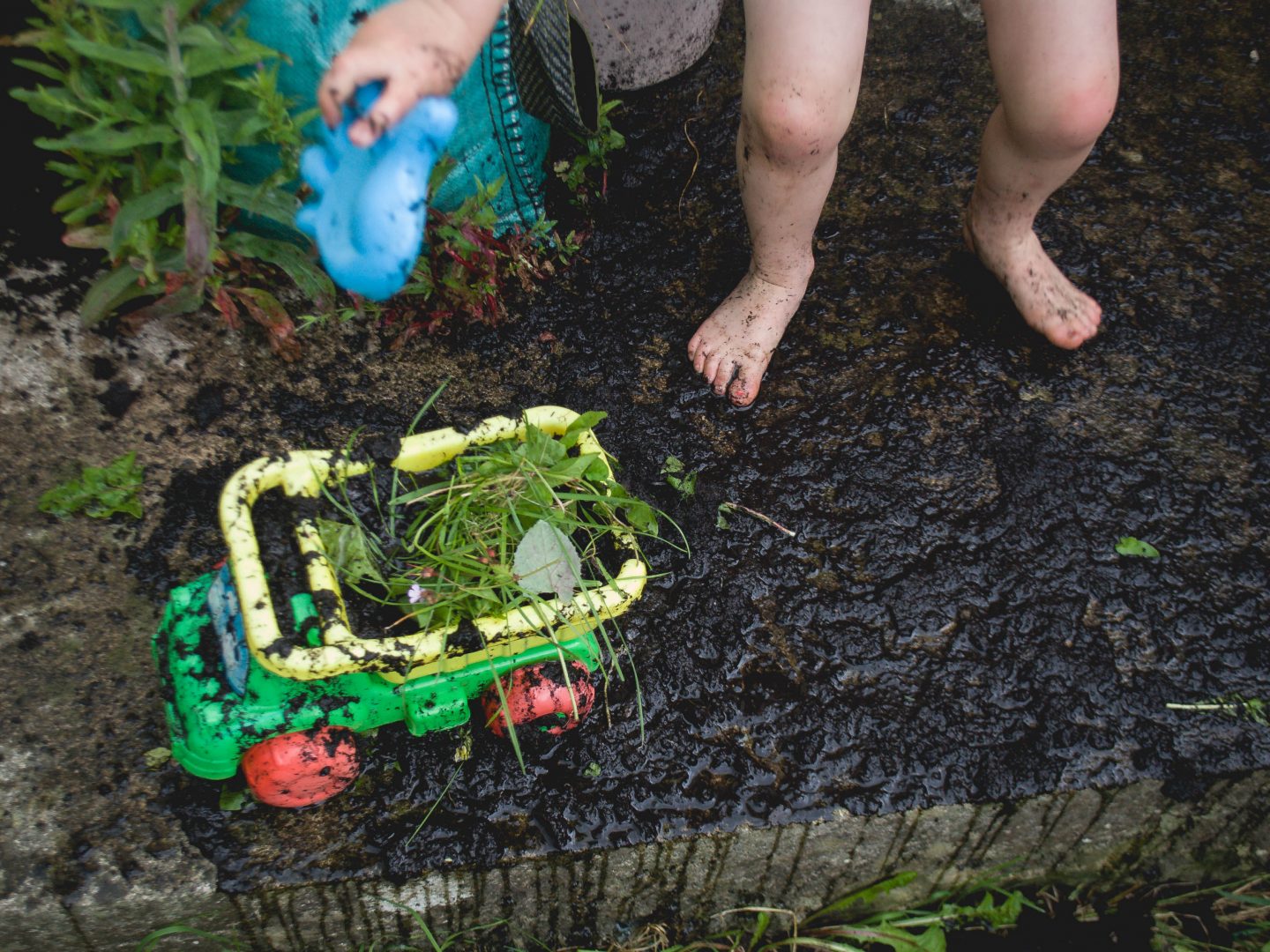 After they were bored of that they realised they were pretty messy and thought it was hilarious. I think this was the point where they decided to try and get each other even messier and smear mud over their backs and bellies! It was so funny to watch and even better for being completely spontaneous. The pure joy they had about some mud was contagious and who cares if we had to interrupt the party for an unplanned bath for two little girls?! 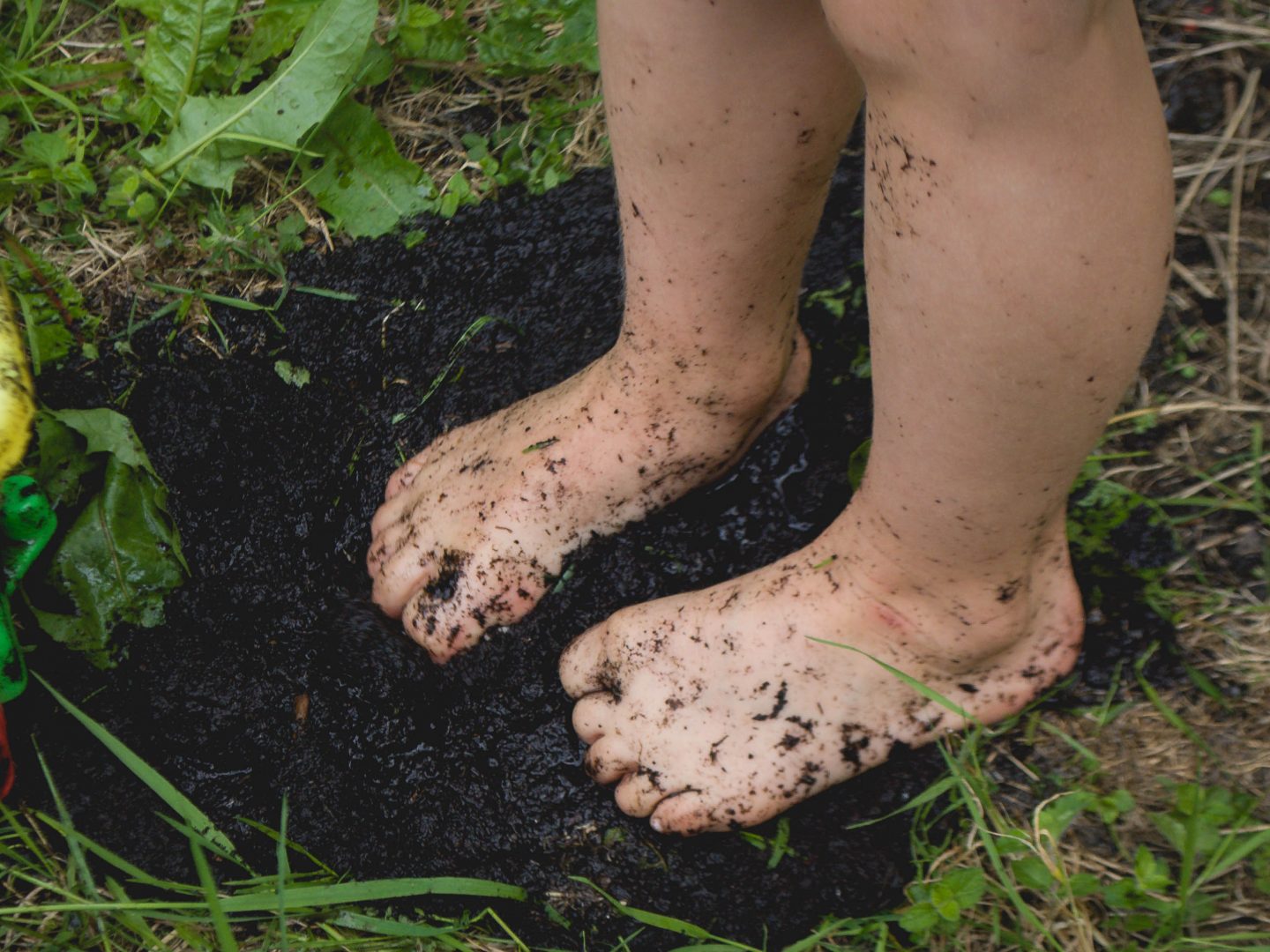 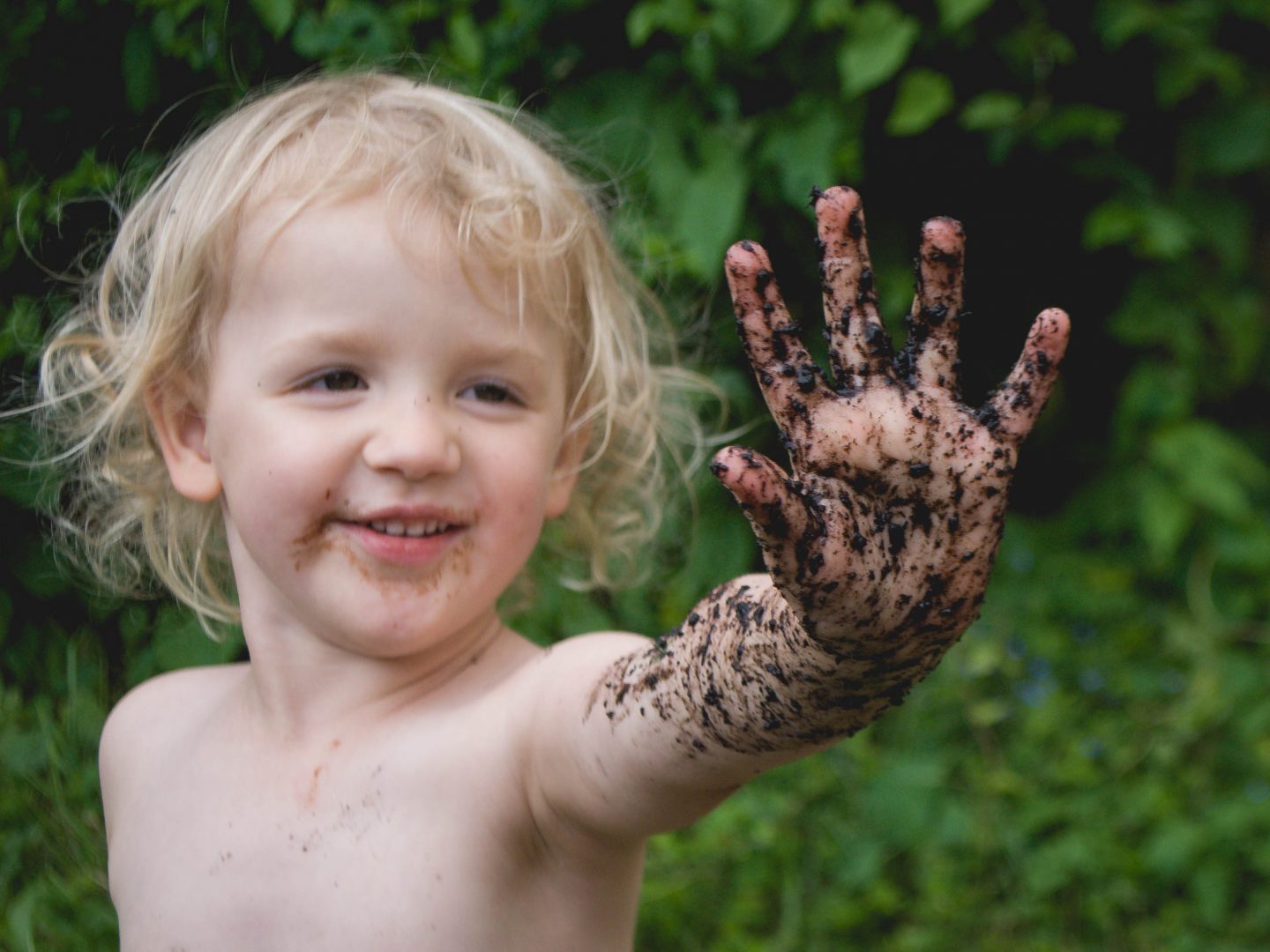