I haven’t been very good recently at sharing our little adventures on here. I usually manage to share a picture or two on Instagram but for some reason I’ve been finding it difficult to sit down and write about them. It might be something to do with my littlest still refusing to sleep more than two hours at a time day or night but I am determined to make an effort to start doing these posts more regularly again as these are the posts that I’m going to want to reread, to look through the photos when my children are bigger and I hope these are the ones that they will enjoy too. The everyday adventures of their childhood. 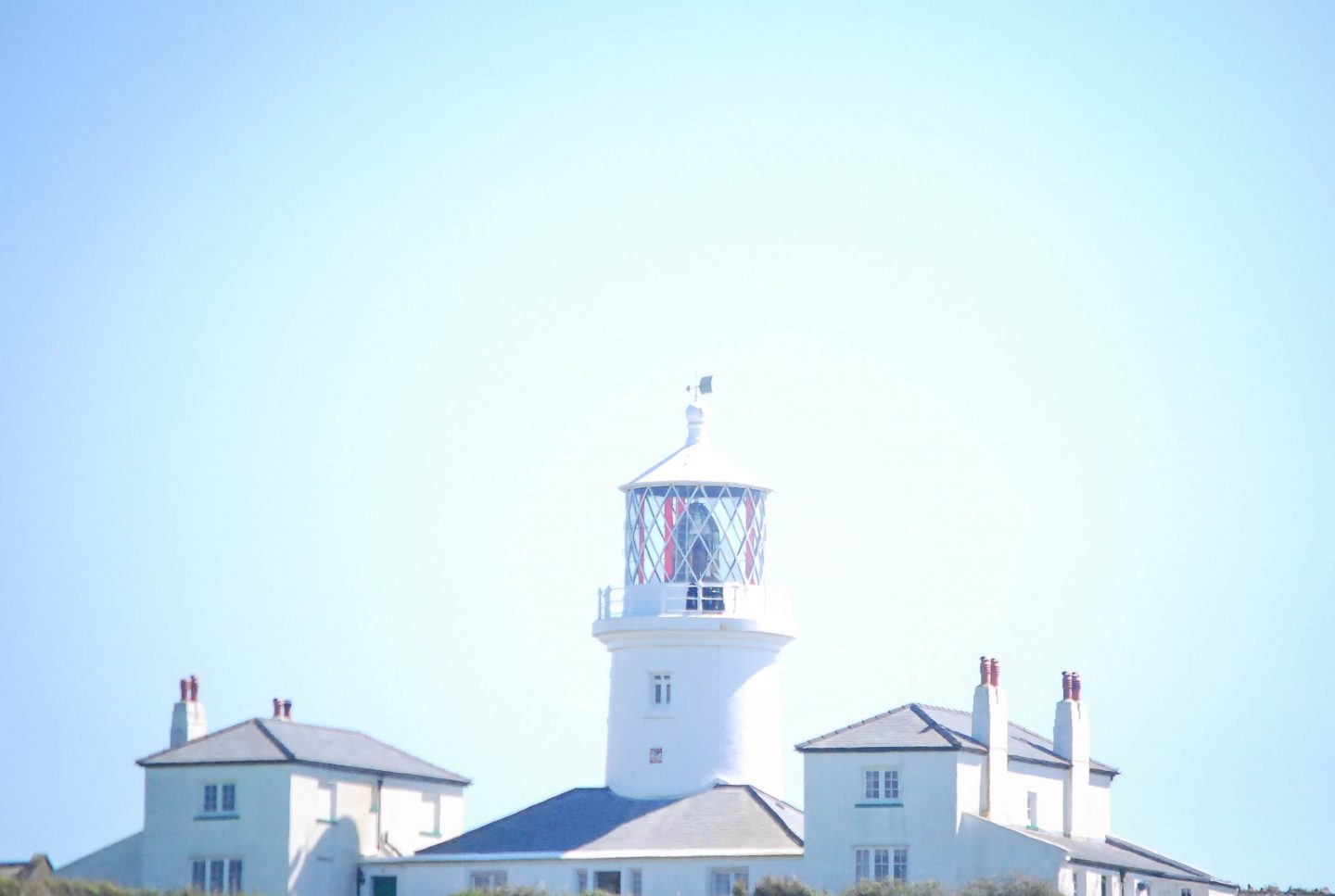 We went to Wales a couple of weeks ago to visit family and we managed to squeeze in so many things whilst we were there that I thought I would start with one of fun filled adventures there. Despite the weather being pretty dismal as we crossed over the bridge into Wales our second full day there was filled with sunshine. We really wanted to make the most of it so we made the short drive into Tenby with the hopes of getting a boat over to Caldey Island. We ended up just missing one but luckily only had to wait twenty minutes for the next one and we used that time to get some money out and buy a couple of snacks as it was already close to lunch time at that point (why does leaving the house with small children take so long?!). Athena had never been on a boat before and Lyra hadn’t been on one since she was a baby so I was a little nervous about how they would handle the journey, especially since Lyra decided to stuff a Kinder Egg in her mouth as soon as we got on the boat, but both girls were great. Lyra did look a little green at the beginning but I think that may have been more down to the aforementioned egg and not the boat rocking and she quickly snapped out of it. I didn’t manage to take any photos on the boat unfortunately as I had my hands full keeping Athena occupied but Matt filmed it so it’s in the video at the bottom of this post. We could not have asked for better weather, it was beautiful. 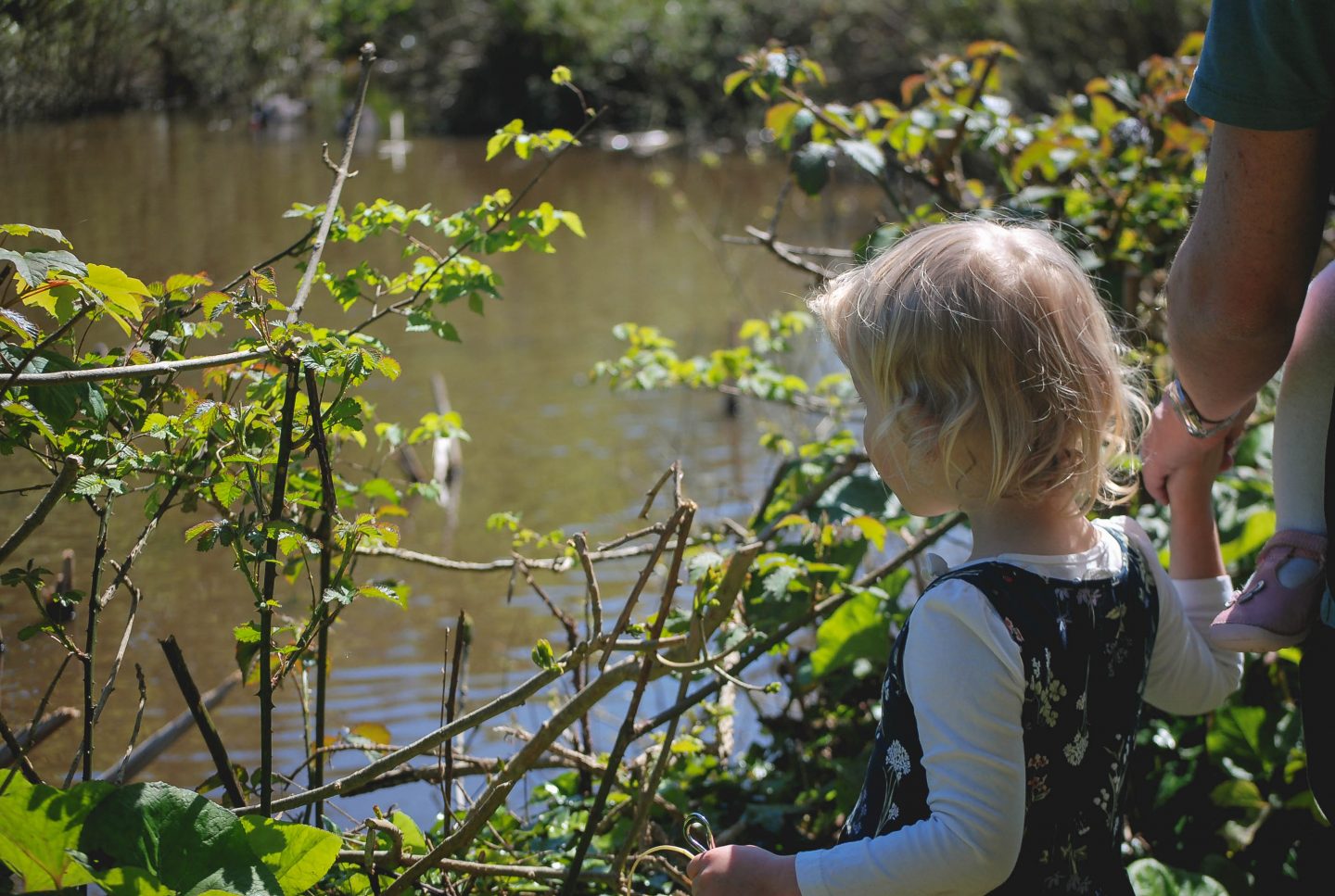 Since it was lunchtime when we got to Caldy Island we walked to the little village in search of something to eat. I do kind of wish we’d taken a picnic as since it was a small island we were limited for food but we bought some sandwiches (and some really tasty cakes) and sat in the sunshine to eat them. There was a small play area nearby so Lyra ran off some steam after the car and boat trip and Athena got an unfortunate incident with a duck (it tried to steal her food! Fingers crossed it hasn’t resulted in a lifelong fear of ducks!) and then we set off to explore the island. Like I mentioned it is a very small island but it is also beautiful. We particularly enjoyed wandering around the old priory and of course had to buy some chocolate from their little chocolate factory. Our ultimate destination was the lighthouse but Lyra wasn’t having any of it so Matt had to walk to it on his own whilst we watched from a nearby bench. Then it was a rush of trying to get back to the jetty in time for the boat that would return us to Tenby. I had to carry Lyra most of the way (the joys of toddlers) but we made it in time and before we knew it we were back and heading for the car. 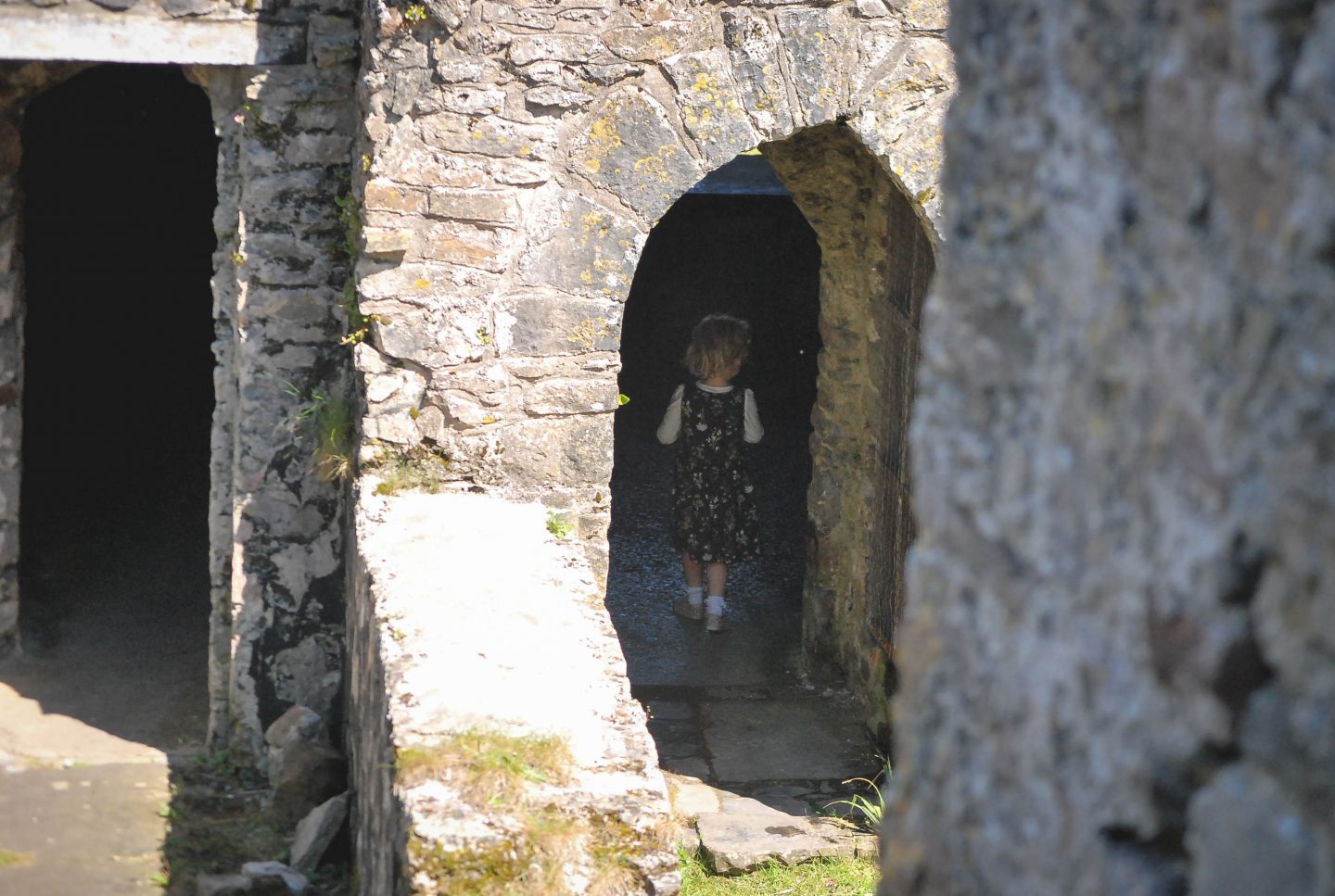 It was such a nice day out obviously helped by the fact that the weather was gorgeous. The novelty of the boat was definitely a winner in the eyes of our three year old and it made for a slightly different adventure for us and one I would definitely recommend Caldey Island to anyone visiting the area. For some reason I really didn’t take many photos on the day but here is the little video that Matt made which really shows everything that we got up to.