Almost all of the films I remember watching and re-watching as a child were Disney. They were the perfect cinema outing, the best sick day treat, and my brother and I also always received one as an Easter gift each year which is a tradition my Mum has continued with my daughters (this year’s DVD was Disney’s Robin Hood). I grew up watching the films and singing along to the songs and I knew that when I had children of my own I’d want to share my favourites with them. 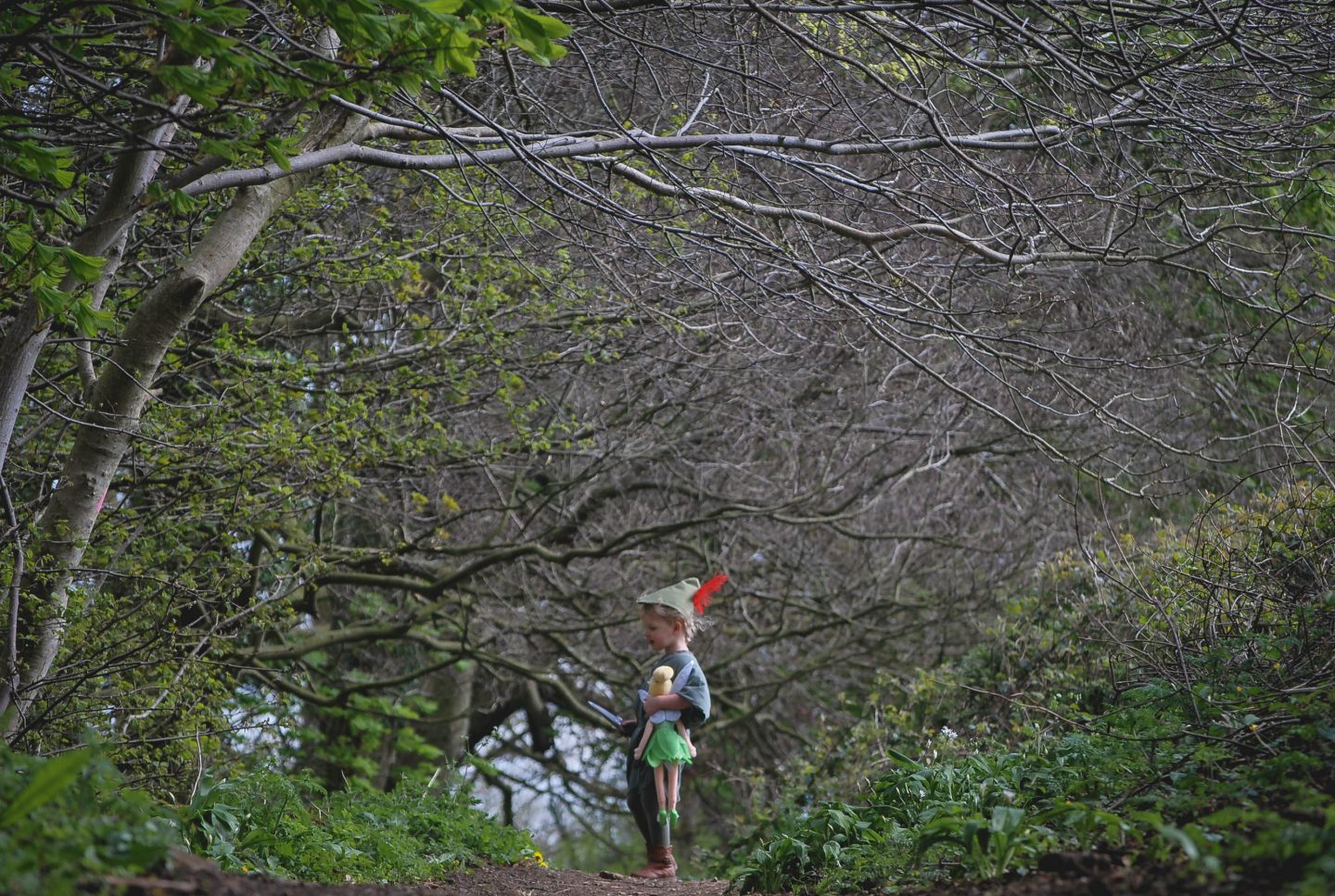 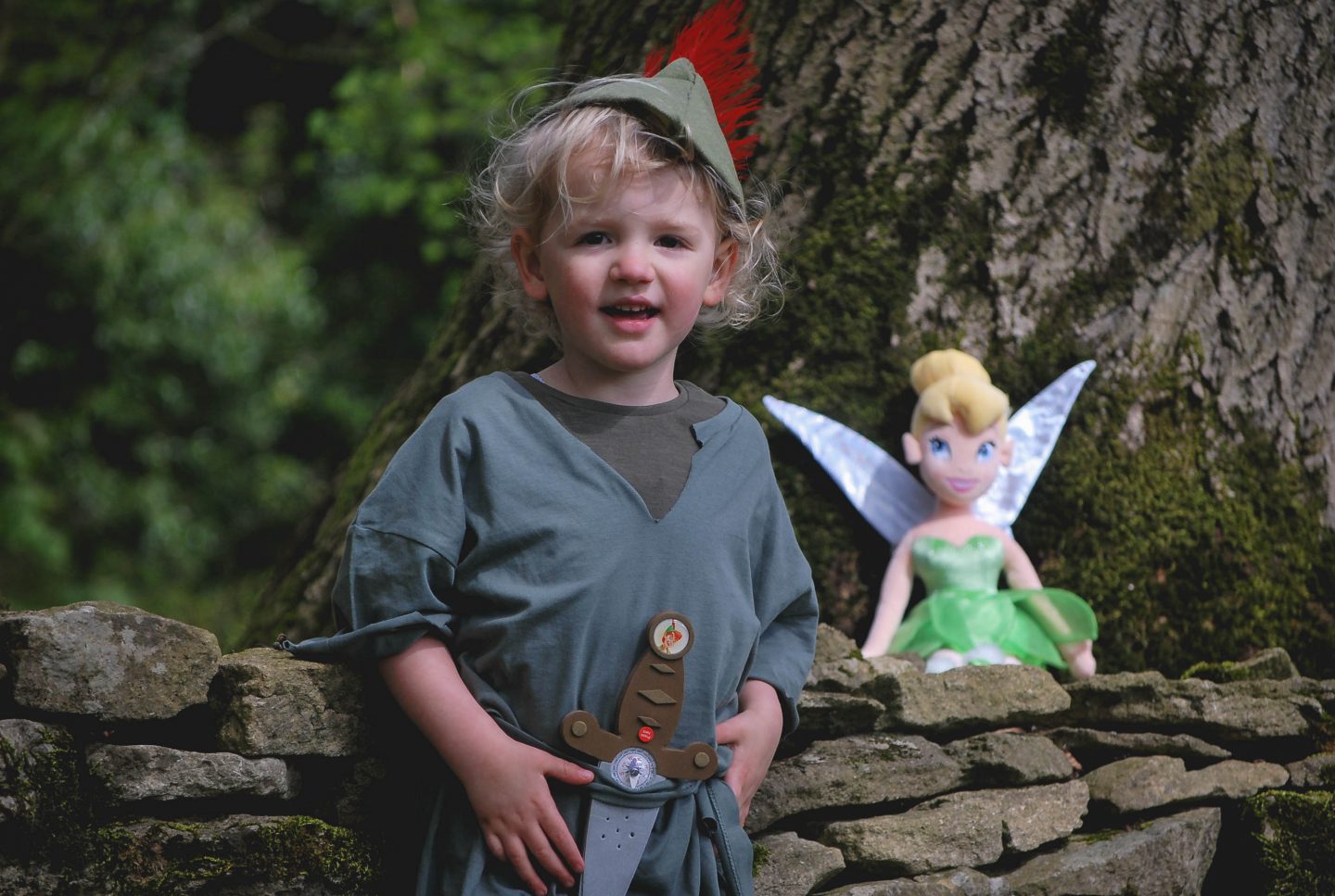 What I didn’t count on was my daughter having very strong opinions about what she wanted to watch from an early age. I tried to get her to sit down and watch films that had been my favourite as a child such as The Little Mermaid, Beauty and the Beast, and the Lion King. And of course she enjoys them but they certainly wouldn’t be the first ones she reaches for. Instead, Lyra favours all of the animal classics such as 101 Dalmatians, Aristocats, and Lady and the Tramp. She doesn’t (yet) show much interest in any of the Princess movies but, like me, she loves a good soundtrack! It’s so fun to introduce her to all of the films I watched as a child and see her form her own opinions about them. Memories of watching them as a child are entwining with the experience of watching them now with her and creating such a rich tapestry of memories and emotions. 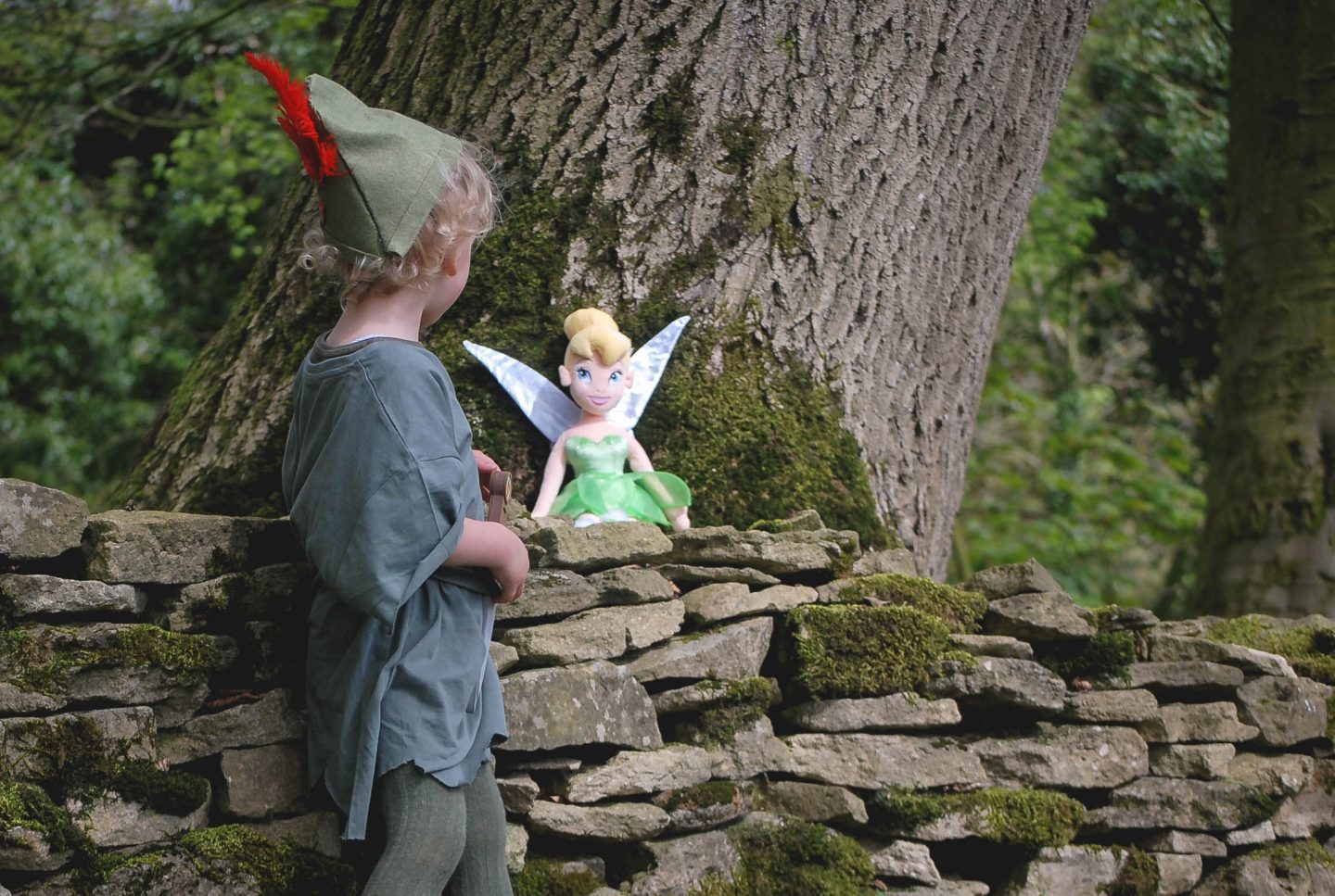 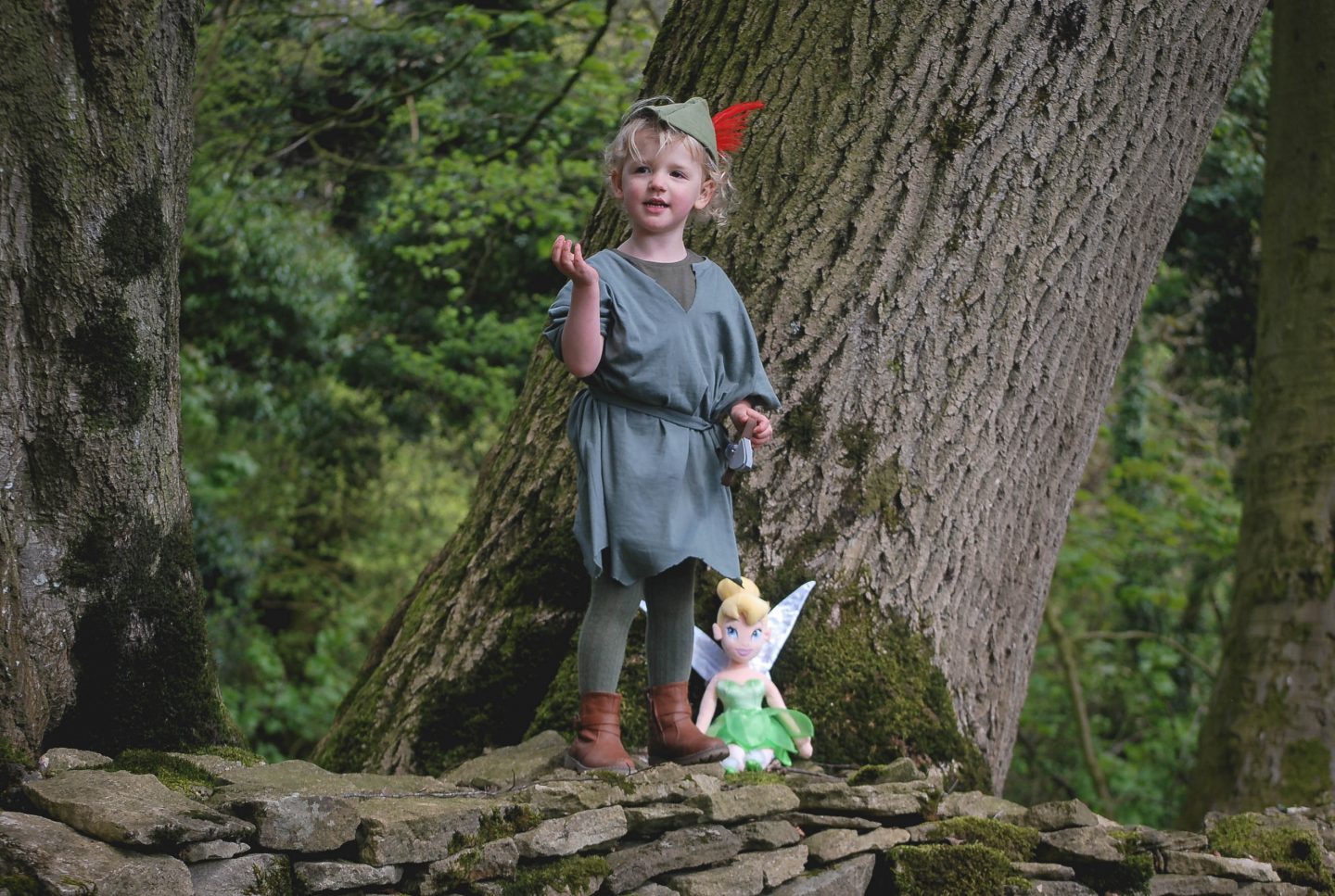 Did you know that the Disney Store are celebrating their 30th Anniversary this year? Did you also know that so am I?! What a fun and happy little coincidence. When they got in touch and asked me to pick a film to recreate with my family I jumped at the chance and I thought I’d also use the opportunity to introduce Lyra to another Disney classic. Lyra loves anything to do with pirates and fairies at the moment, combine that with her love of adventure and the outdoors and I just knew I had to choose Peter Pan. We watched the film to get ourselves excited, then I made her a little outfit, packed up the props that the Disney Store had kindly sent us and headed off to the woods to take some photos of Lyra. I absolutely love these pictures. Don’t you just think she makes the cutest little Peter Pan?! And she hasn’t put down Tinkerbell since I gave it to her! 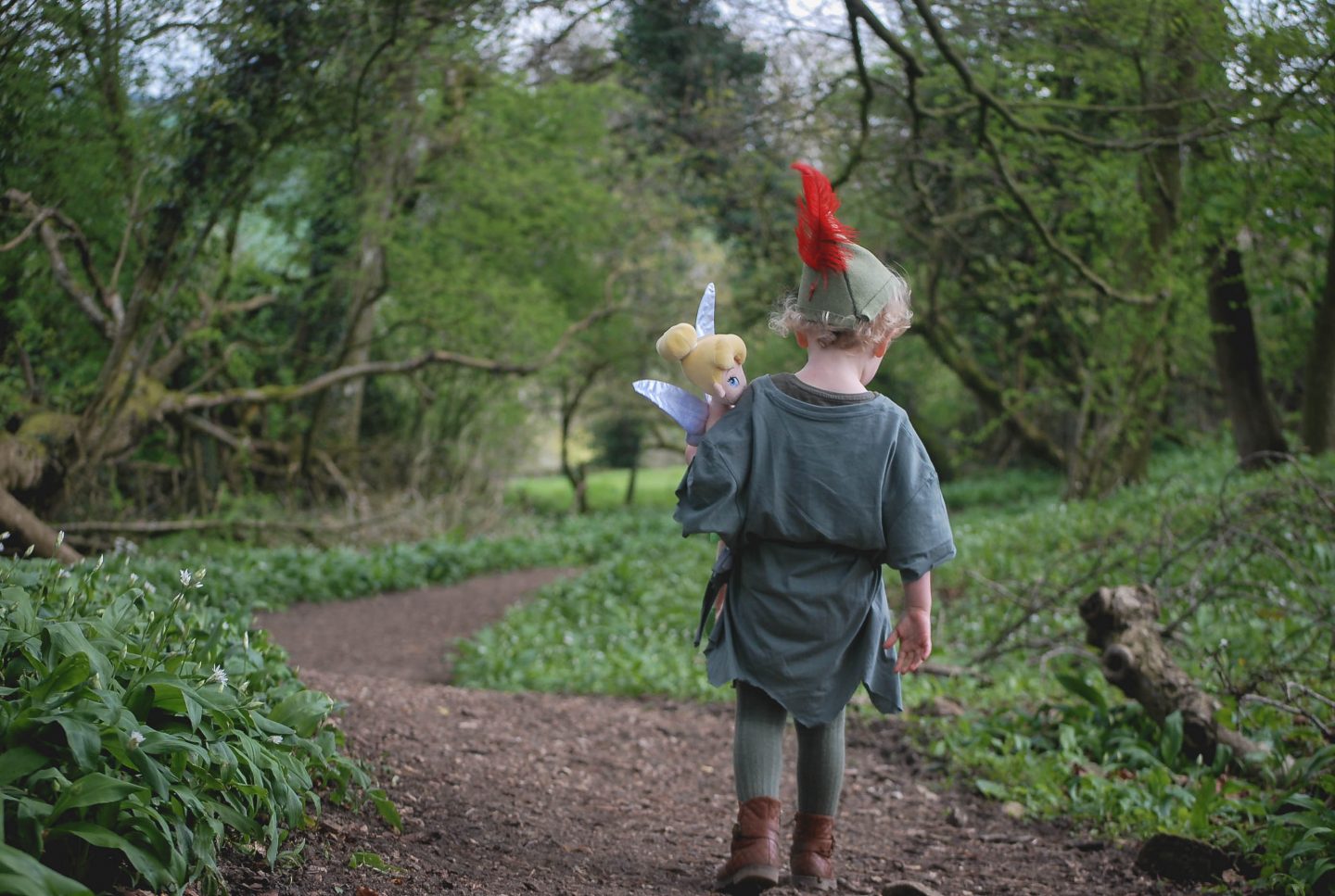 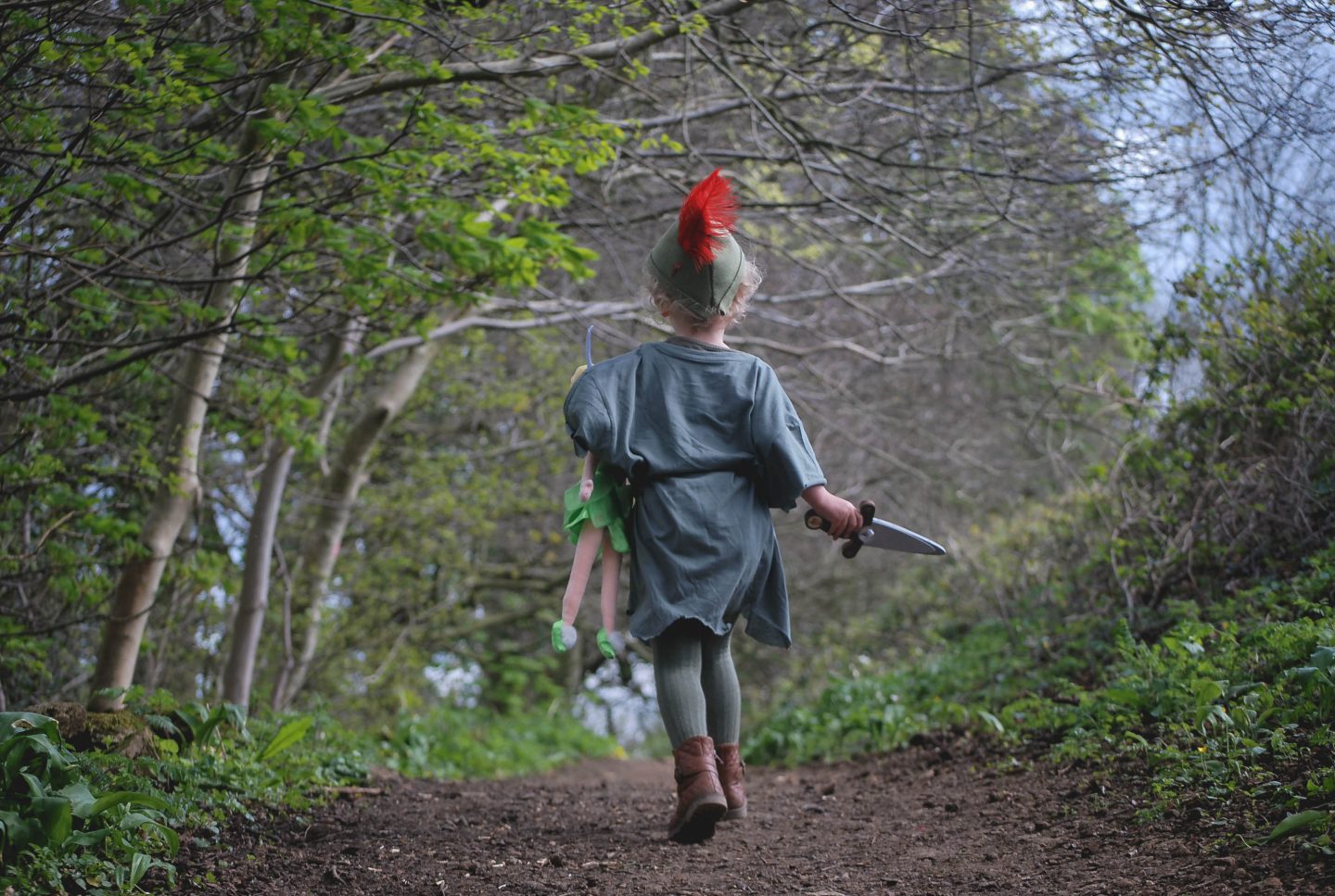 What are your favourite Disney films? How about your children’s? Why don’t you have a go at recreating a scene yourself and sharing it on social media with the hashtags #DisneyStore30 and #DisneyStoreUK

The Disney Store kindly sent us some items from their range for the purposes of this post however all words and opinions are entirely my own.