Ever since Lyra was a baby she hasn’t really been a fan of the park. There was a time when she quite liked a slide but that’s about it. I spent a lot of time worrying about it and forcing us to go to the park a few times a week because, well, that’s what you’re supposed to do isn’t it?! I was so desperate to be a ‘good mum’ that even though we rarely had a good time, I thought that if I persevered she would just enjoy it at one point. And then, as I gained a little confidence in my parenting ability, I watched her get overwhelmed by the amount of things to do, running from thing to thing but not actually playing or going on anything, and I decided enough was enough. She had so much more fun on the walk to and from the park so we focussed on that instead. We started going for longer walks, combining activities with them and before long we found our rhythm. 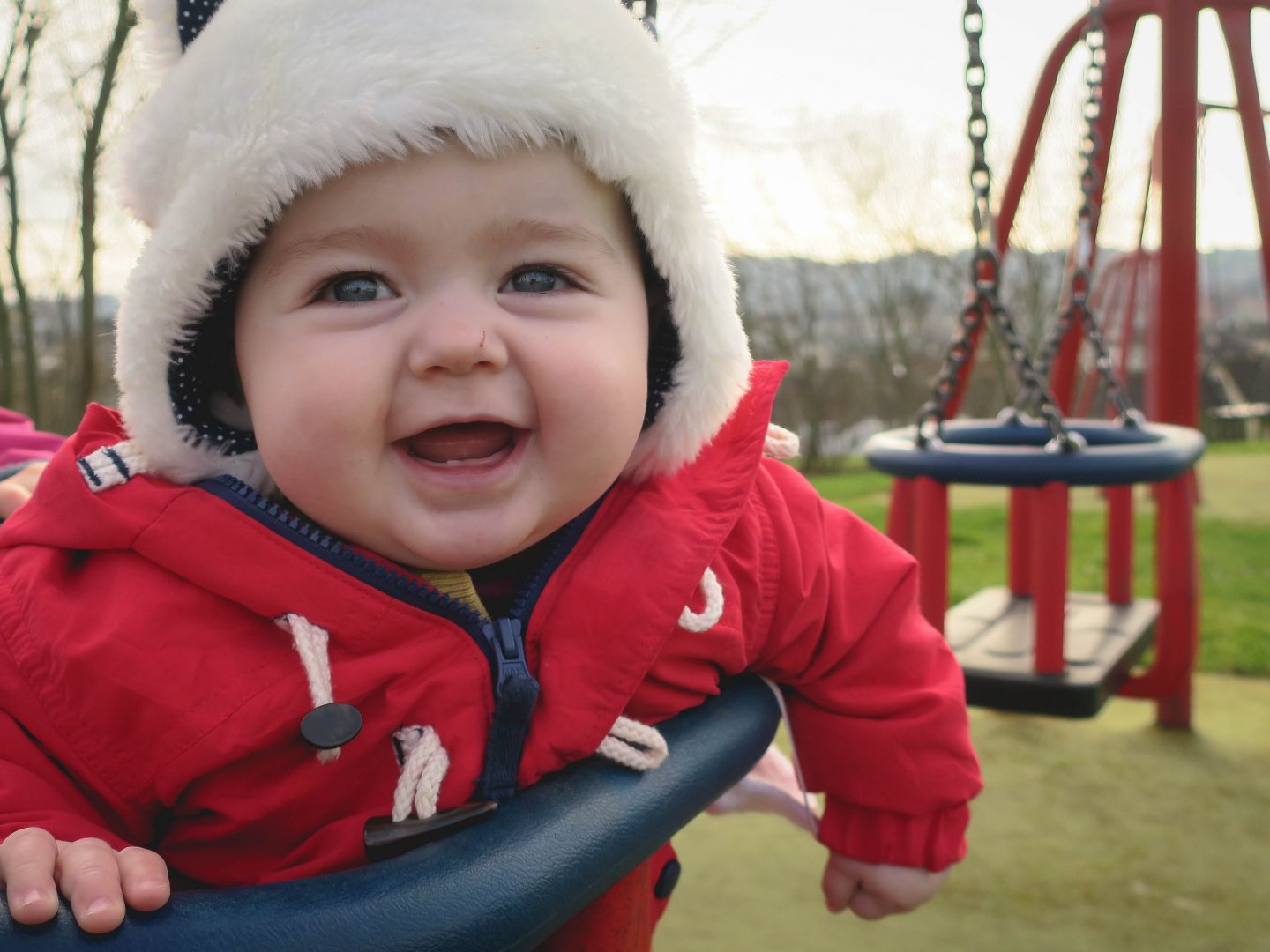 I just needed to remind myself  that all children are different, to let go of the idea of what they should like and instead follow Lyra’s lead. We did occasionally find ourselves in parks still, especially when meeting up with other parents but each time we did it reminded me that it’s just not her thing and that’s ok. Fast forward to a couple of weeks ago and I saw a picture on social media of someone taking their daughter to the park for the first time. I looked down at Athena and realised that she hasn’t really been yet! She had been on a swing briefly in the rain when we visited Bluestone in December but that was all. And in that moment all of the guilt came back. So we popped on our coats and headed out to see if Athena liked the park. I think that you can see if these photos that she is a big fan of the swings, she would have stayed on them all day if I’d let her. The complete opposite of Lyra. I also learned that although Lyra still shows no interest in any park equipment she does love to push her sister on the swings. 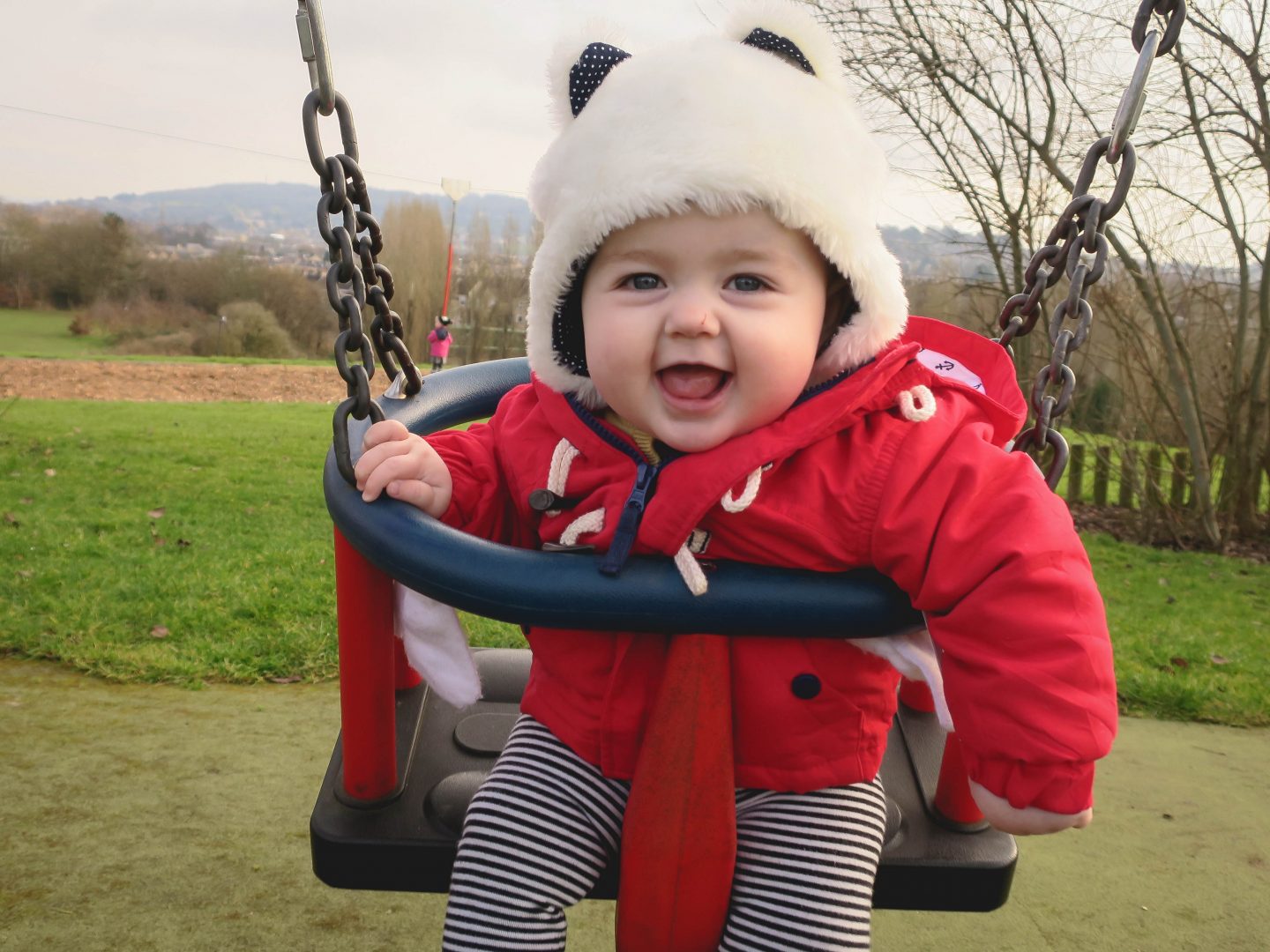 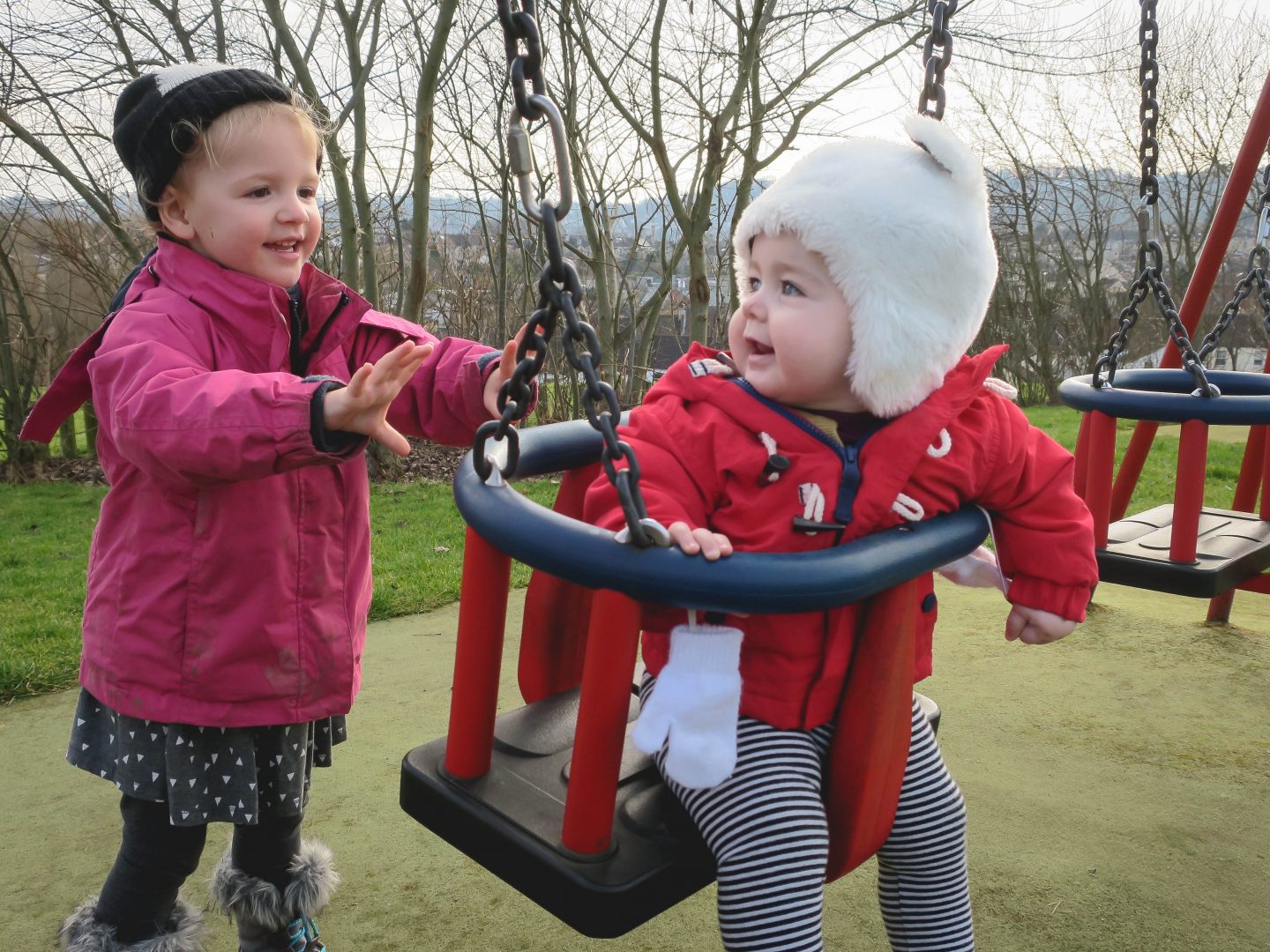 It took that simple moment to remind me of what I’d clung to two years ago, that all children are different. I’m annoyed that I’d forgotten that when it came to my own children. I should have guessed that Athena would love it, she’s always been a bit of a daredevil. She loves it if you push her quickly in the pushchair or throw her in the air. I should have known. Luckily Athena is only nine months old so we haven’t really missed out on much park time and I’m sure she’ll forgive me. Especially if I take her on the swings again! 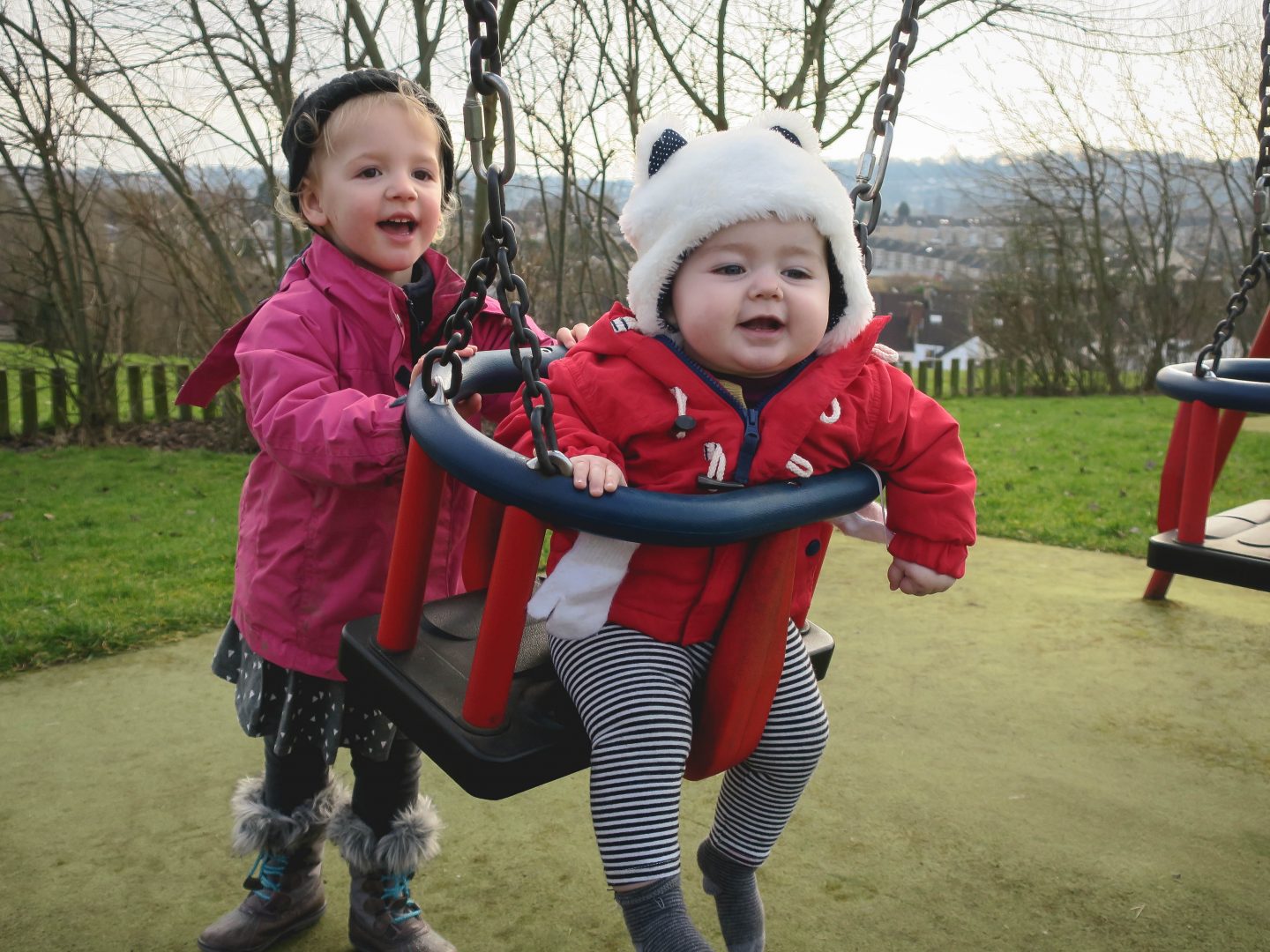 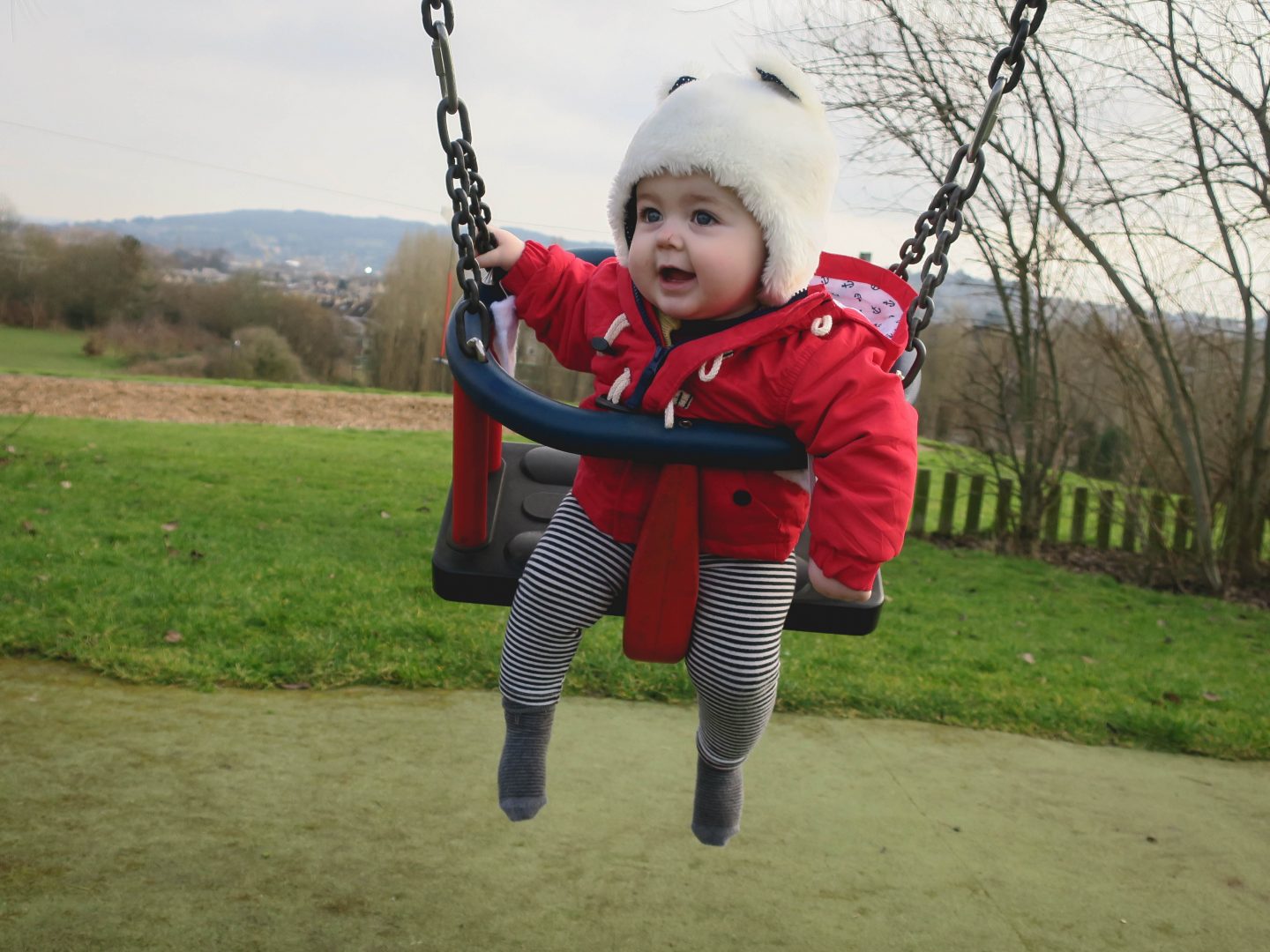 Linking up with Katie and Donna for The Ordinary Moments