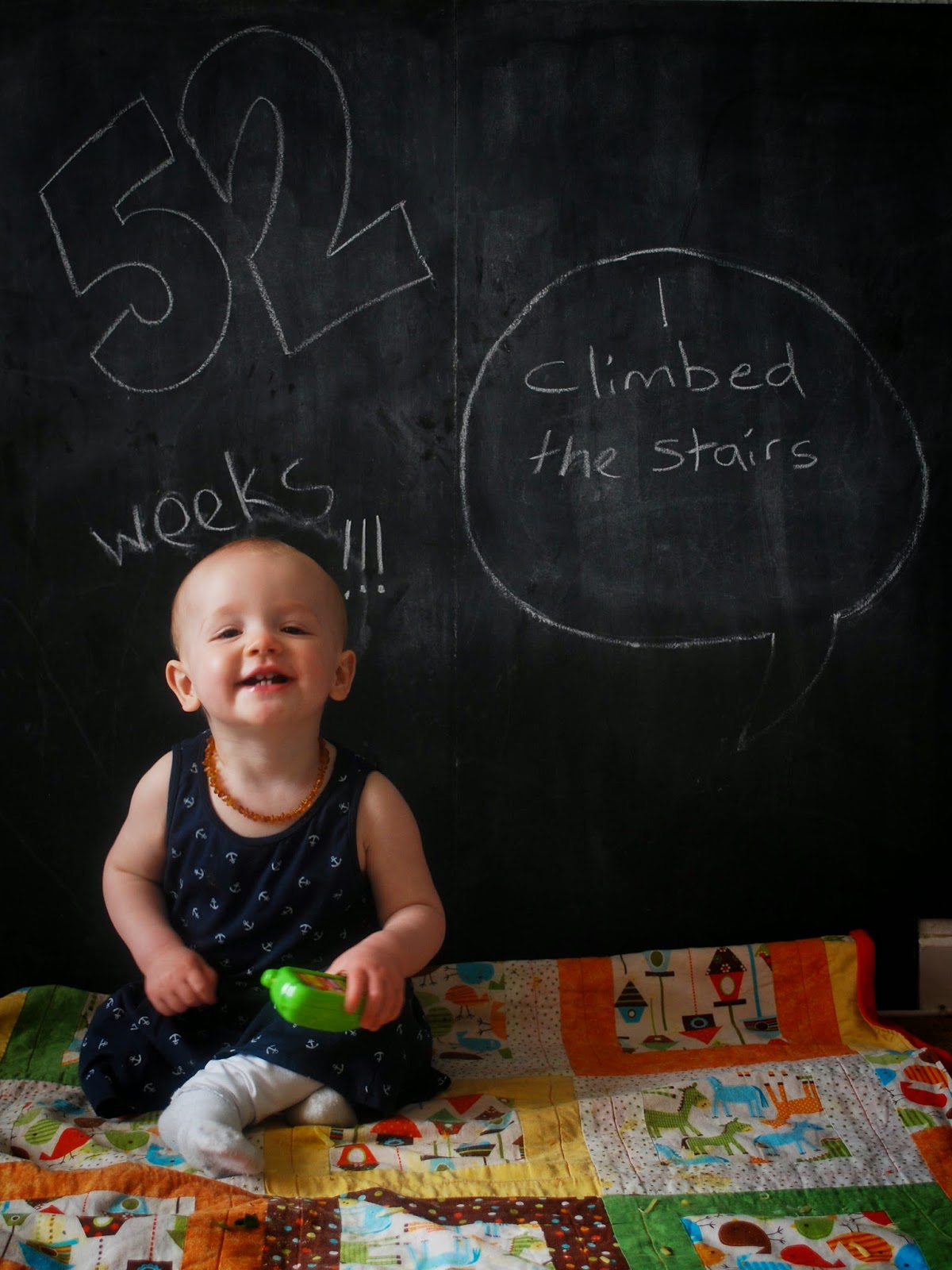 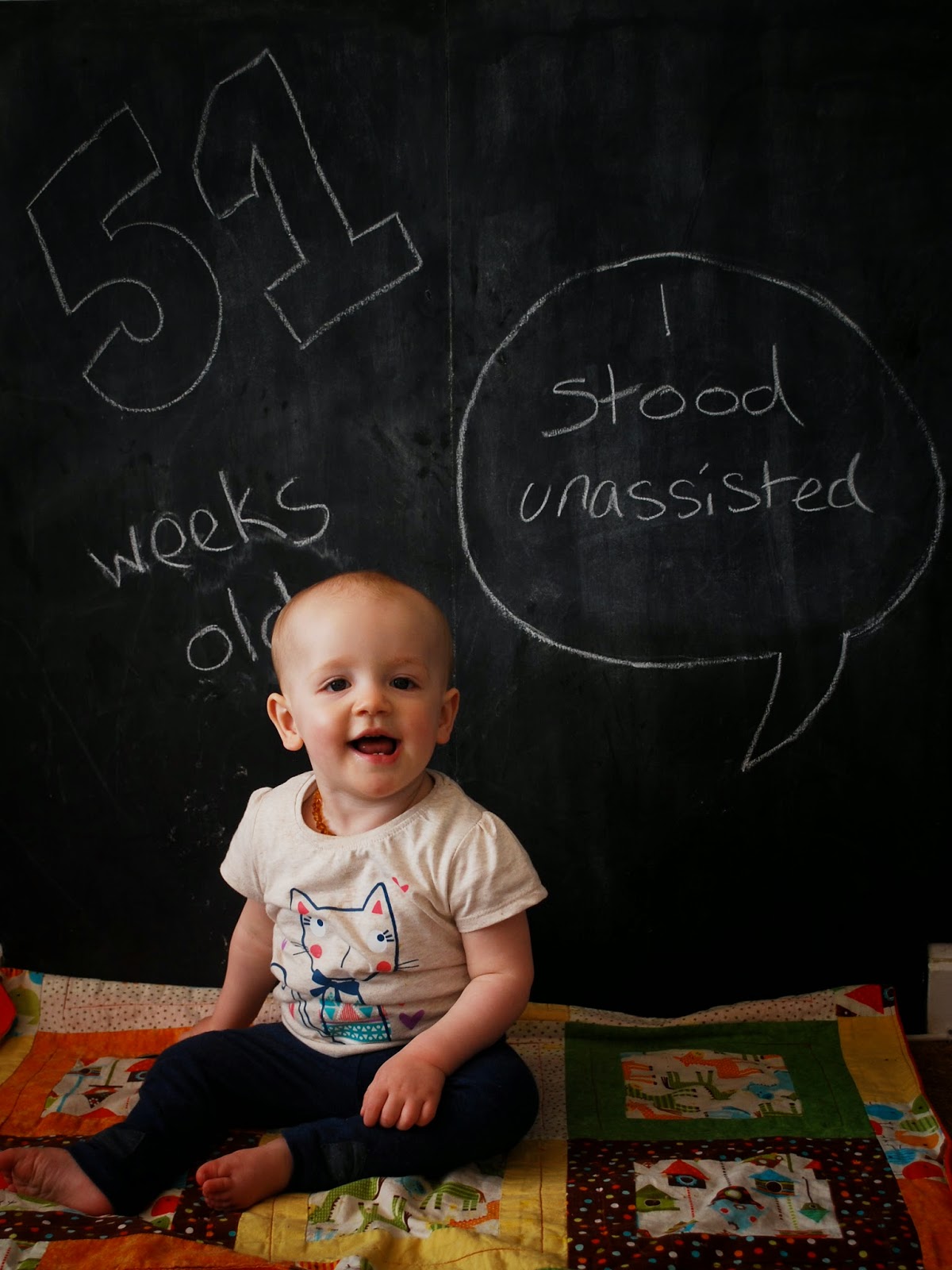 So here we are. The last weekly update of your first year! I don’t think I’ll continue with the weekly posts now as you’re not changing quite as quickly any more so instead I think I’ll aim to monthly updates from now on.

That being said, these past two weeks have seen Lyra learning lots of new things once again. She’s started standing on her own although she doesn’t seem too sure about it yet. She also walk along pushing her walker with only one hand now. Lyra still seems uninterested in walking on her own but I certainly wouldn’t be surprised if she just suddenly walked to me one day. That seems to be her style. Lyra doesn’t really like to show you what she’s learning until she’s worked it out for herself. For example this week she climbed the stairs for the first time. She’s not shown any interest in the stairs before but one day she just went straight for them and climbed to the top. That little girl is full of surprises!

Lyra has also started giving kisses to her toys, it’s really sweet. She even makes a little kiss sound as she does it and naturally I’ve been encouraging her to kiss them over and over again. She’s just so cute that I can’t help myself. Even though she gives nice, closed mouth, kisses to her toys she still insists on drooling all over me if I’m lucky enough to get one of her kisses. Haha.

Her teeth are still trying to push through so sleep has been hit and miss. Some nights Lyra will sleep straight through but others she can be awake screaming less than an hour after I’ve put her down. We were having a problem with Lyra being sick during her bedtime feed a few times a week so we switched her meals around. She now has a cooked lunch and more of a ‘snacky’ dinner. This seems to be working really well for us although it does mean that I usually eat a slightly bigger lunch as well, oops.

Lyra is honestly so much fun to be around at the moment. She’s constantly doing something new and interesting. She’s also started repeating things if we laughed at them the first time which usually ends up with all of us giggling. I can’t believe we’re already at the end of Lyra’s first year. Oh well, on to the next one. May it be as amazing as this one has been.