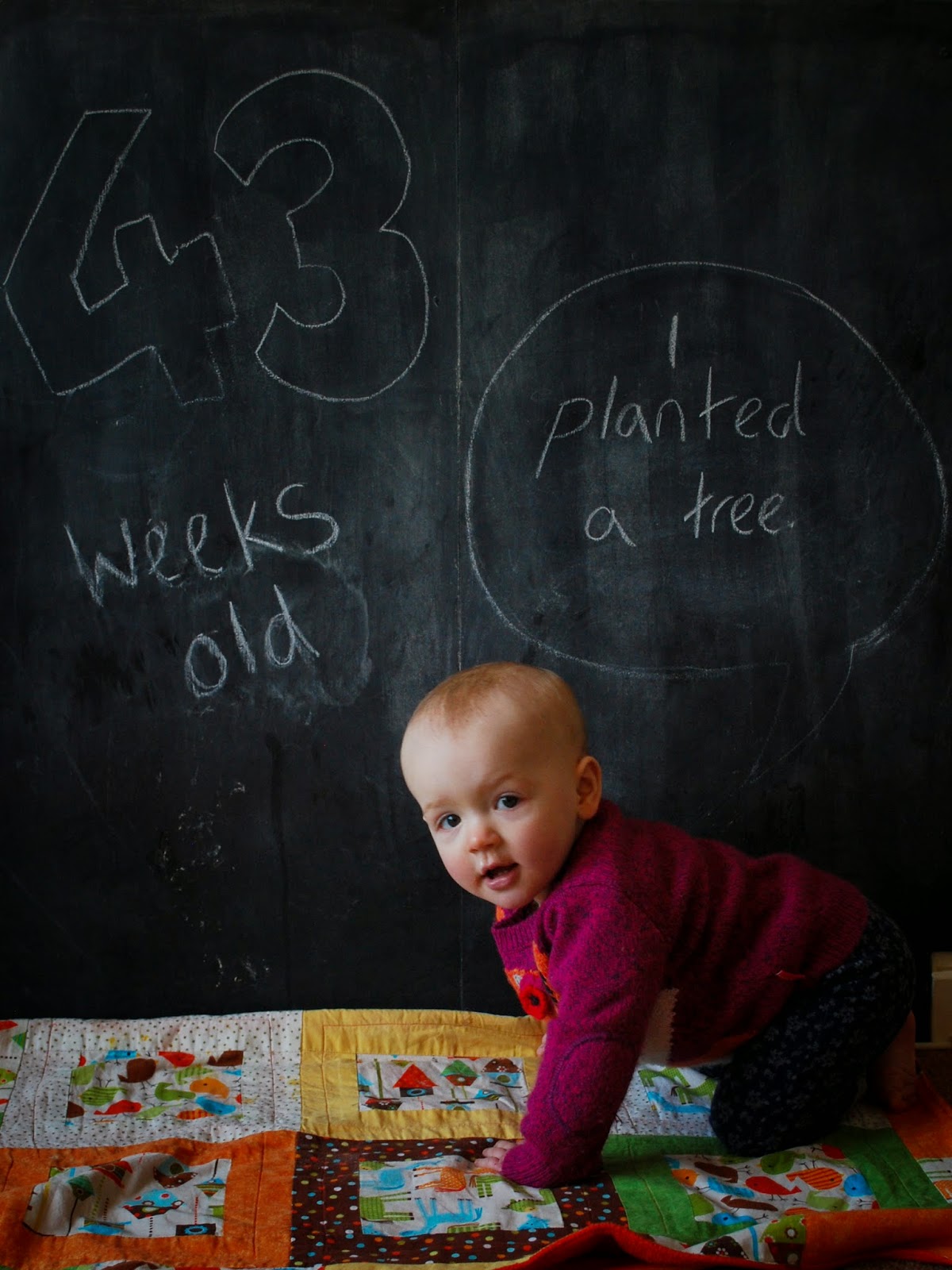 We’re all back to being full of cold again this week. I feel that as soon as we finally manage to get rid of a cold, one of us comes down with a new one and passing it on to the rest of us. I’m fed up of it and ready for some sunshine.

This week Lyra has been just been practising her new tricks over and over. She wants to get her hands on everything that she’s not allowed and needs to be watched like a hawk at all times now! She’s also getting much more confident on her feet, often just balancing herself with one hand instead of gripping with two. She’s not quite managed standing on her own yet but I get the feeling that it won’t be long.

Sleep is still hit and miss. Some nights Lyra will sleep almost 12 hours but others she’ll wake a couple of times in the night. Problem is that there’s no way to predict what sort of night we’re going to have when we put her down so I’m probably still not getting as much sleep as I could be.

As usual food is one of Lyra’s favourite things this week. She has turned into such a little fruit bat the past few days, eating it at every meal and probably eating three or four different fruits in a day. Her favourites this week are pineapple and grapes although she is also eating a lot of plums.

Nappy changes are becoming an ordeal for all involved as often Lyra will not want to lie still and instead be off crawling somewhere. Socks are always pulled off and she doesn’t enjoy having her trousers put back on either. I think we’ll be in trouble when she learns how to take clothes off as she seems happiest when she’s not wearing anything but her vest.