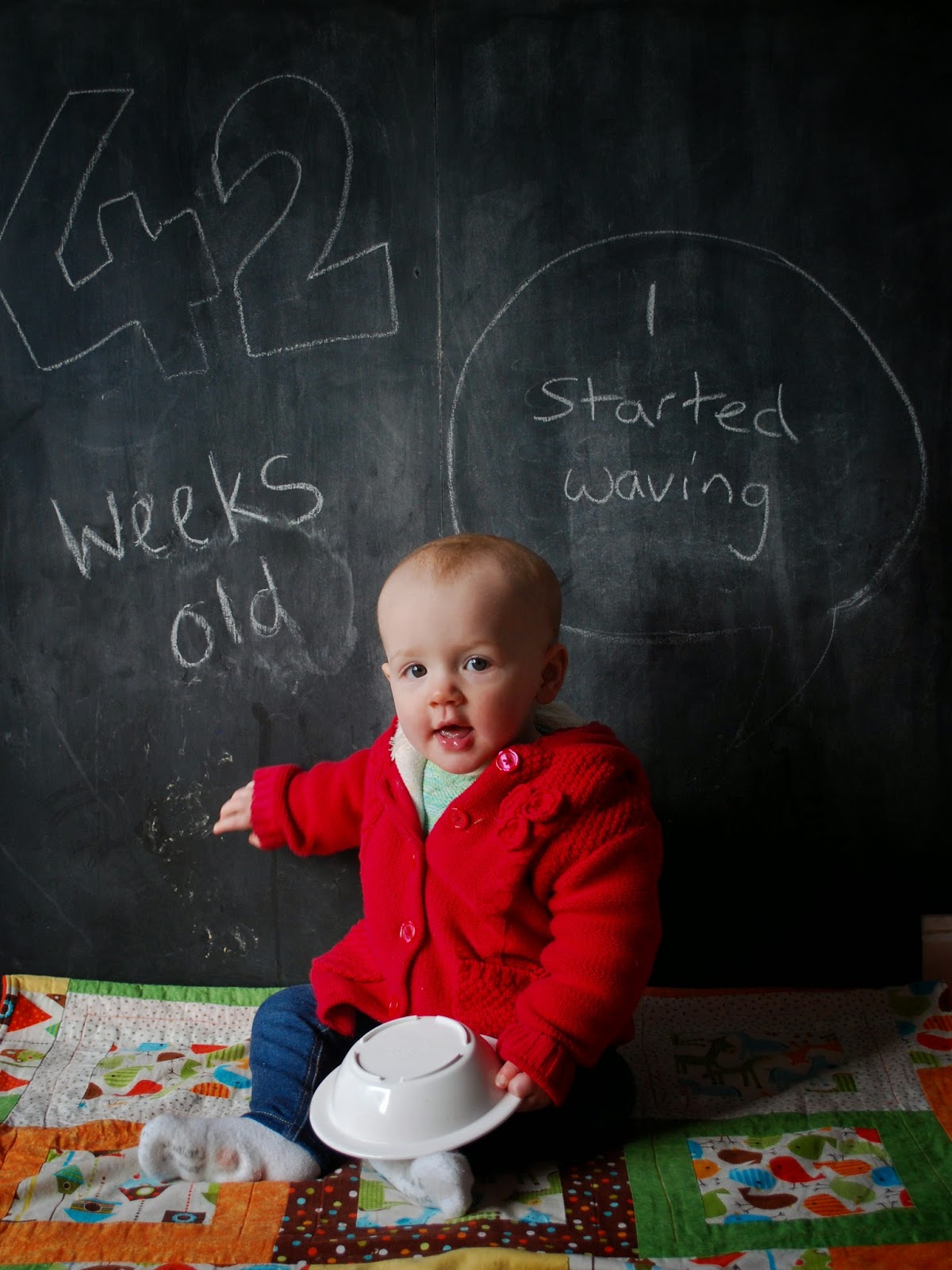 This week has been so much better than the last one. We’ve still got a bit of teething going on but since they’ve both now cut through Lyra seems much happier. She is getting so interactive now, I’m loving it! She is obsessed with taking things out and putting them back in. Whether it’s her blocks, her toy box, or bins she’s not fussy. One fun little thing she’s started doing is putting things in your hand if you ask for them. I never thought I’d be so excited about being given a block fifty times a day but it makes me smile every time.

Lyra has started waving this week and I love it. Like most things she refuses to do it on demand but when she does it, it’s pretty much the cutest thing ever. Just this evening when I went up to feed Lyra before bed, Matt was saying goodnight to her and she was waving at him. Moments like that will always melt my heart. Lyra is actually becoming quite a sweetie. Gone is the serious little baby and now, to us at least, she is all smiles. She started giving kisses a while ago but, as with most things, was pretty stingy with them but this week I can’t count the number of kisses she’s given Matt and I. She’s started launching herself at us to give us kisses without us asking for them as well now which is really cute.

I’ve just realised that I’ve written cute quite a lot in this little update but that really sums up our little girl this week. Also, 42 weeks?! Eeek, only 10 weeks left until she’s one. That’s crazy!