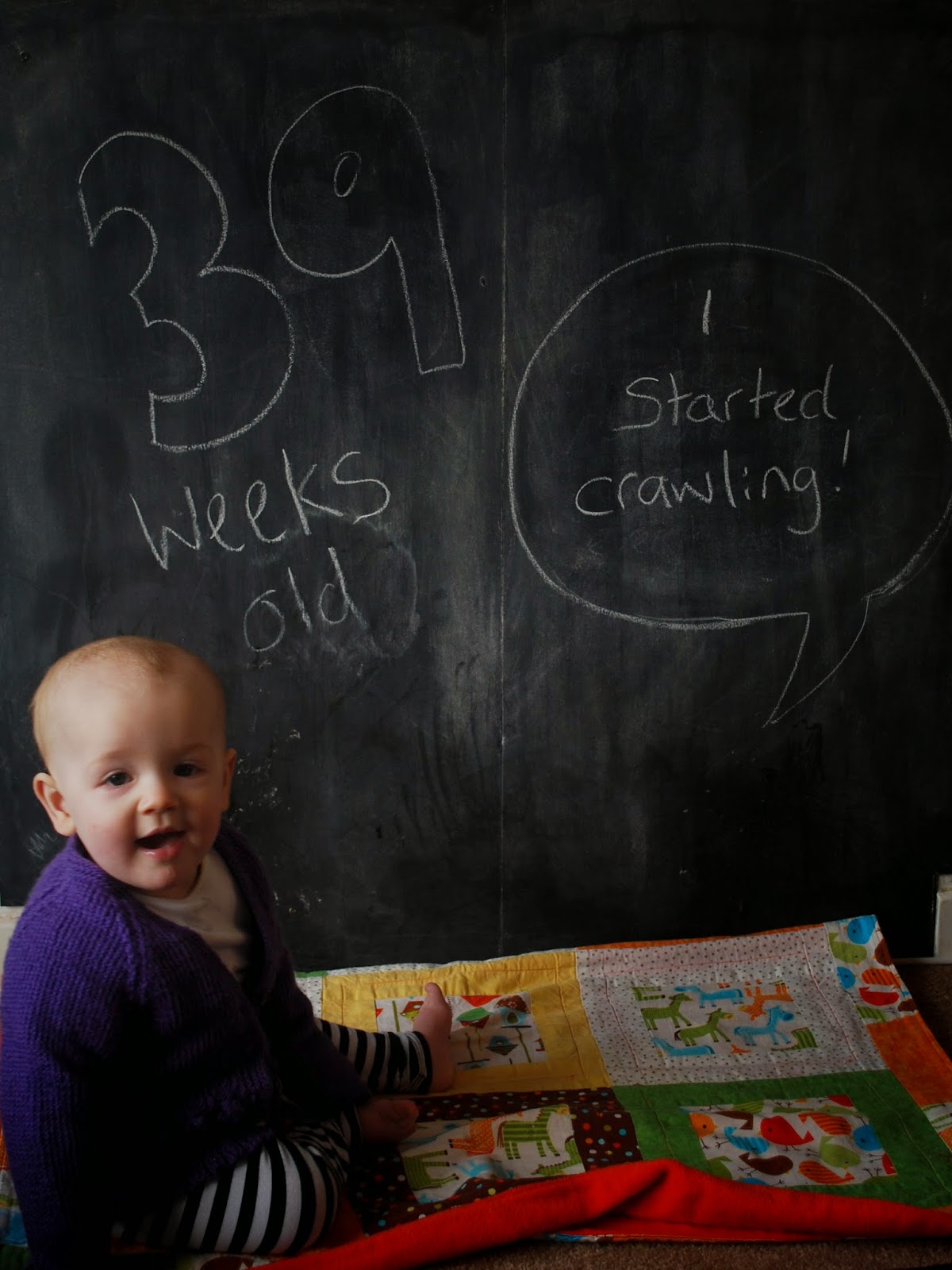 Such a big week for our little lady! After weeks of dragging herself around on her belly something just clicked one day and before the end of the next one Lyra was crawling around everywhere. She is so pleased with herself. She used to whine and grumble as she dragged herself around but now she giggles away as she zooms across the floor. Lyra is such a little tornado of destruction now, I cannot take my eyes off of her for a second. This week has definitely been a learning experience to say the least as Lyra now wants to get into everything and be everywhere. Her enthusiasm and joy is contagious though and I’ve tried to let her explore as much as I can without interfering.

This week also saw the beginnings of Lyra being able to cruise along furniture. She can confidently pull herself up on most things (especially things she shouldn’t) and I’ve started to notice her inching along the sofa now which is crazy. She’s growing up so fast!

Food and sleep have gone downhill this week although they’re both still much better than they were before Christmas so I can’t really complain. I’m not too worried though as I’m pretty sure it’s down to teething. I think both of Lyra’s top front teeth are starting to come down now. One has just cut through the gum and the other doesn’t look too far behind. I’m so used to seeing Lyra with just her two bottom teeth (she’s had them both since 6 months) that it’s weird to think of her with more. It will be interesting to see if it changes how she looks when these two new ones finally appear.