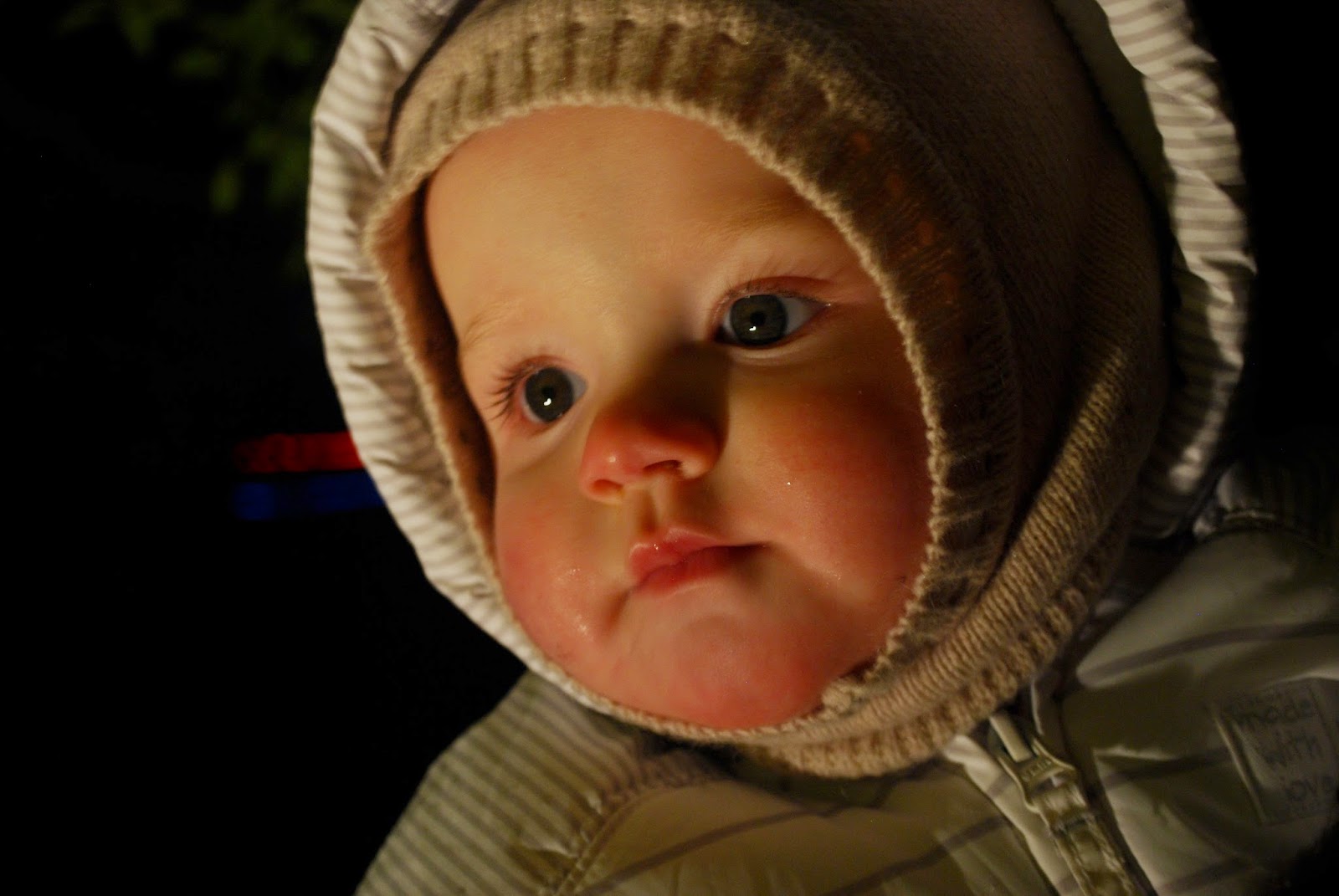 On Sunday evening, when we’d normally be having dinner and getting Lyra ready for bed we headed out to Westonbirt Arboretum. It’s somewhere I’ve never been but always wanted to and since they had an ‘Enchanted Christmas’ on, now seemed like the perfect time to go. We changed Lyra into her pyjamas, put her in her car seat and headed out at 6pm. It felt naughty to be breaking Lyra’s routine but, if I’m honest, that also added to the festive excitement. Festive excitement for Matt and I anyway as Lyra of course fell asleep on the half hour journey there. She was happy when we got there though after the inevitable crying fit as I wrestled her into her snow suit.

An Enchanted Christmas comprised of food and drink stalls, small attractions and then the illuminated trail. The illuminated trail was beautiful! A lot of the trees had been lit up in different ways. Some were up lit, others had moving lights, some were even controlled by noise. It was difficult to get photos as we were moving and obviously it was dark but we did the best we could. 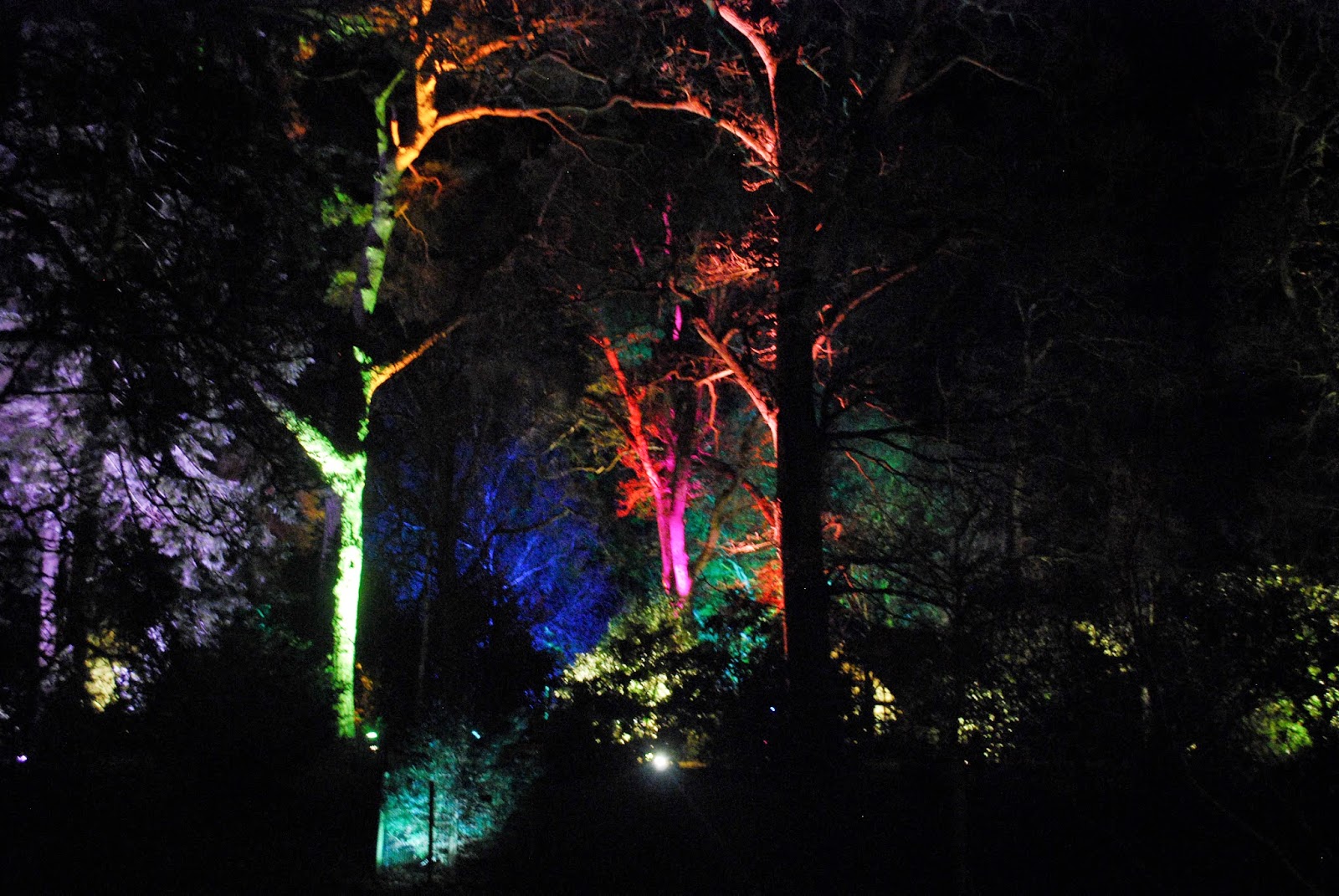 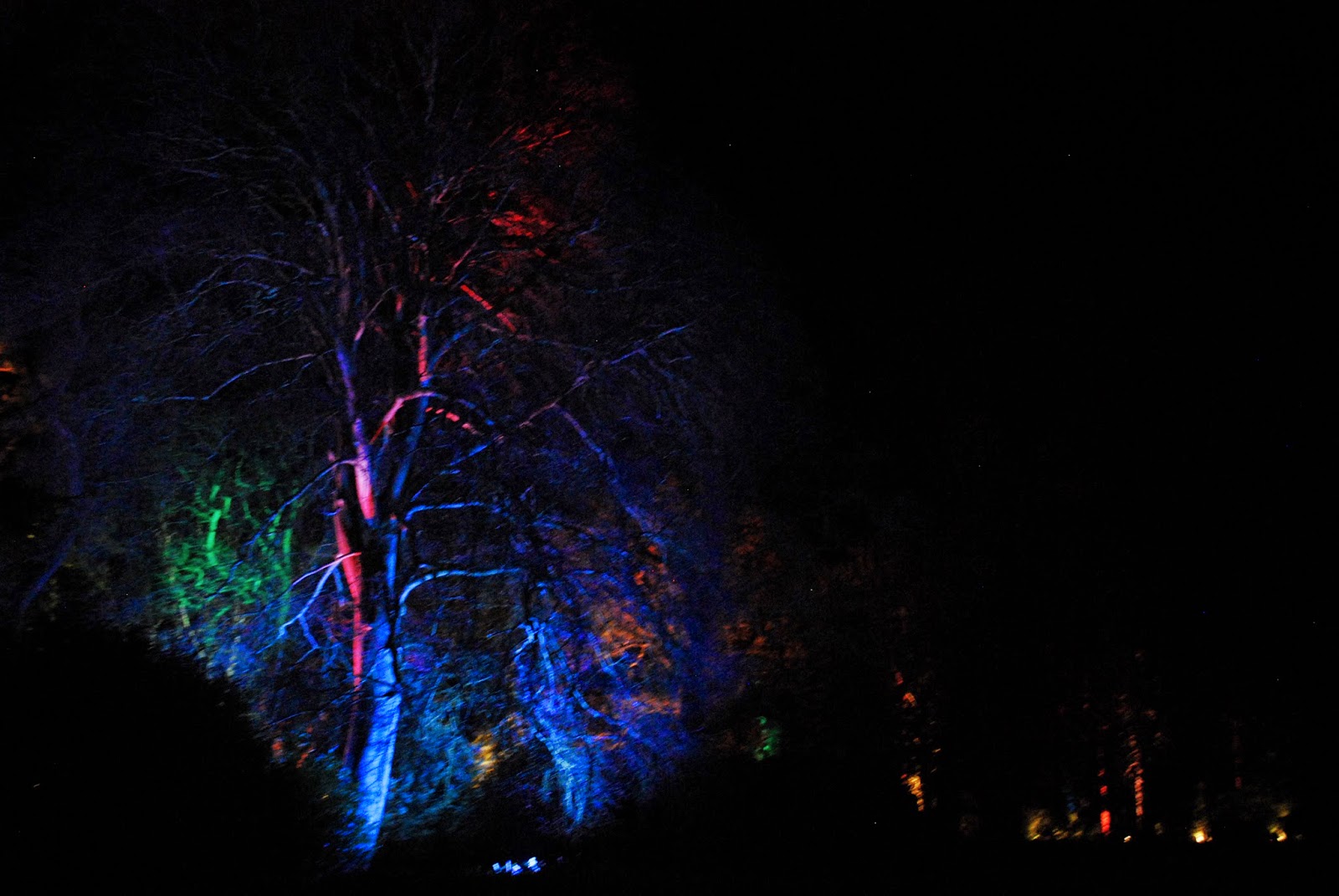 Lyra started off in the Ergo and the smile that broke out over her face when she saw the first illuminated tree was priceless. It makes me smile just thinking about it. She was not happy in the Ergo though and so Matt and I had to take it in turns carrying her around so she could see everything. Her temper was a little short but considering it was so far out of her routine I was really impressed with how she handled everything. Another added bonus of Matt and I taking turns carrying her was that we also took turns with the camera and so there are actually photos of me for once. 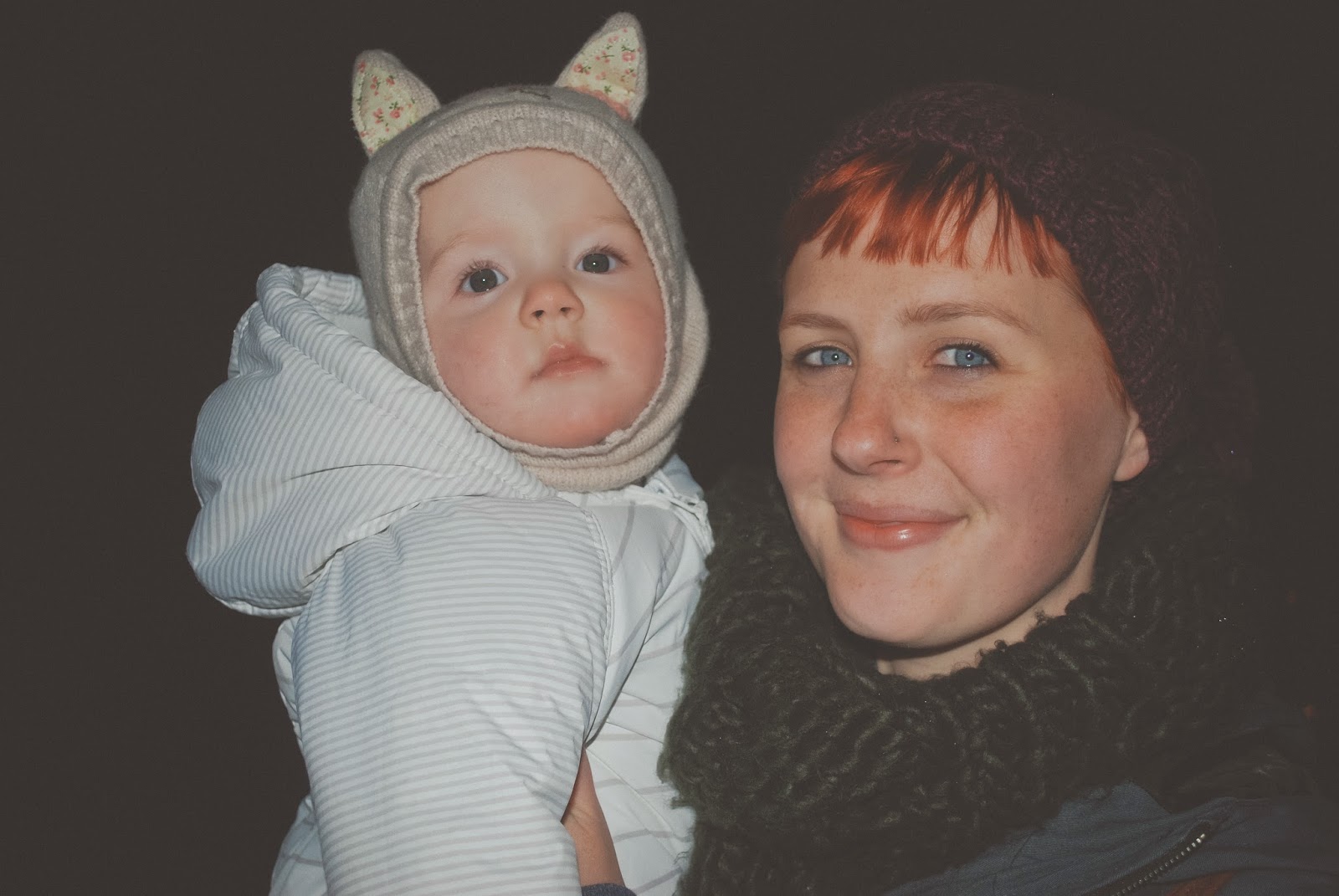 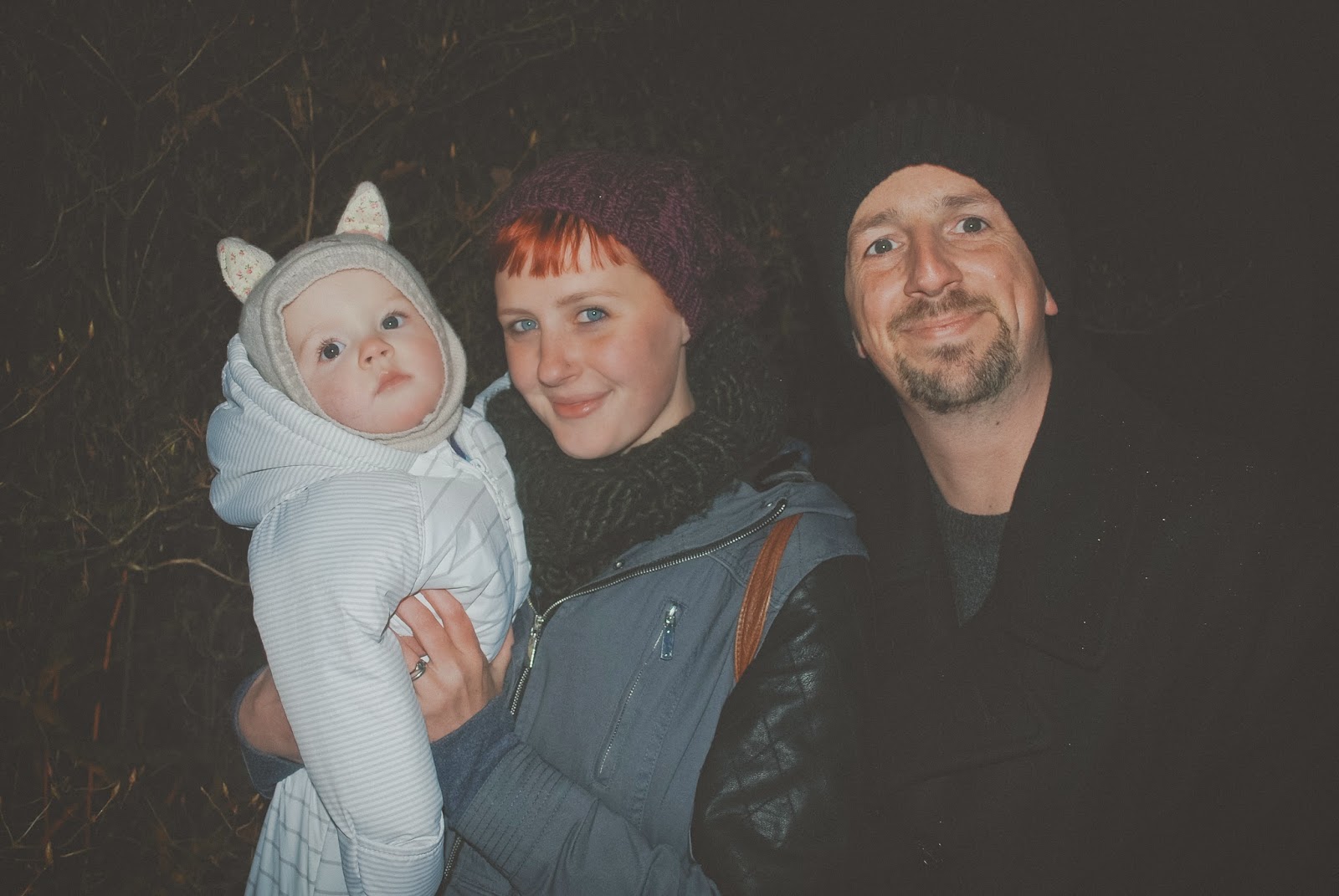 A lovely passer by saw Matt trying to take a photo of the three of us and helped us out by taking the one above. So thanks to kind strangers. I’ve just noticed that Lyra looks really unhappy in these photos but I promise that she wasn’t!

Once we had made our way around the illuminated trail we found ourselves back in the central area and next to Father Christmas. Since Lyra was in a relatively good mood we thought we’d queue up for her to meet Father Christmas for the first time. She didn’t cry! She kept staring at his beard and wouldn’t smile but there were no tears either so I think it was a success. She came away with a little Christmas pencil and we came away with some very bad photos. Like I said it was difficult in the dark. 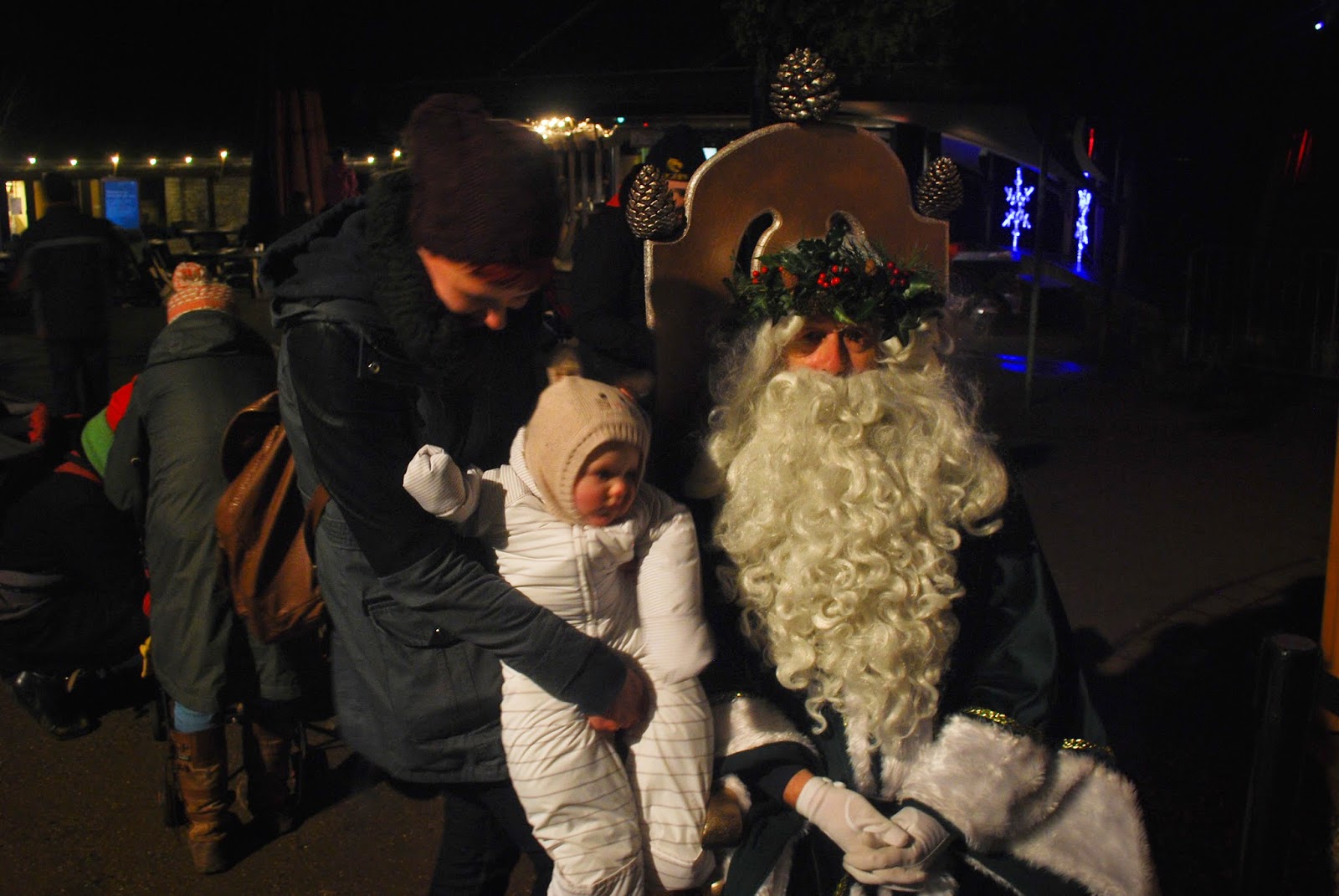 There. That’s Lyra meeting Father Christmas for the first time! Since we were starting to feel pretty chilly we decided to head home. Lyra fell asleep as soon as we started moving and since she was already in her pyjamas it was easy to transfer her to her cot when we got back. We had so much fun at Westonbirt Arboretum and we came away feeling suitably festive and determined to go back next year. I’d love to visit during the daytime as well this coming year.

I’ll leave you with a few more photos from our evening.. 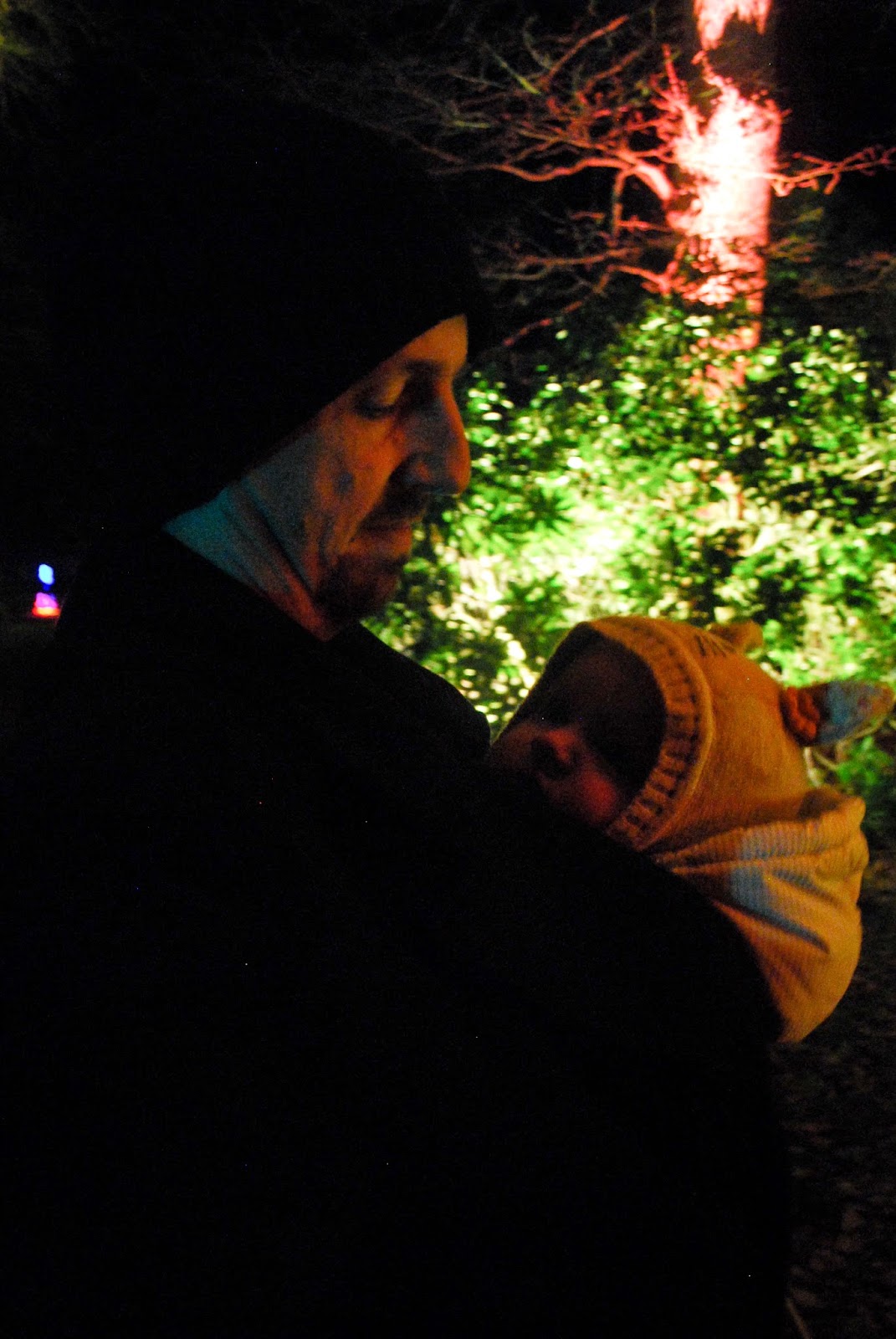 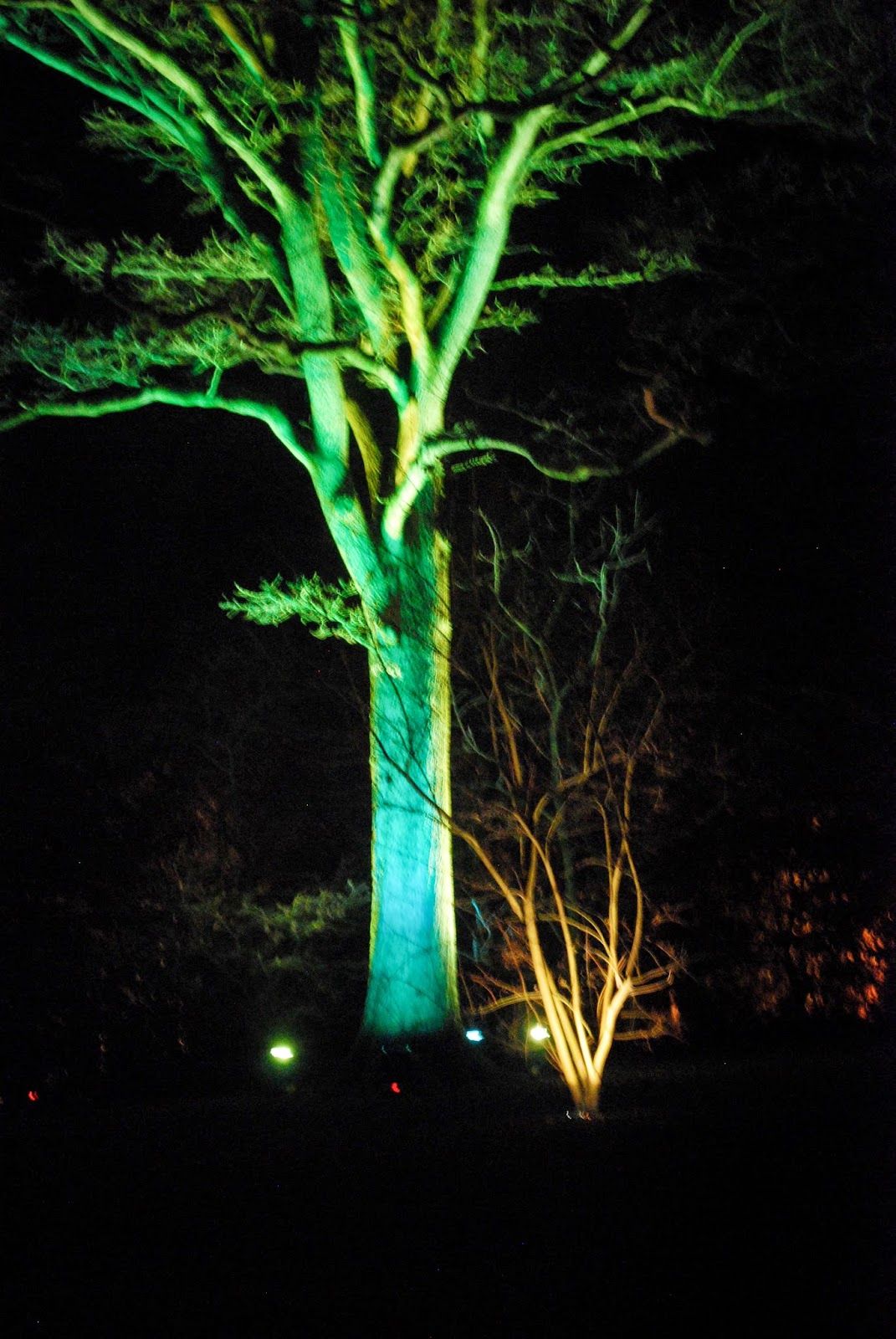 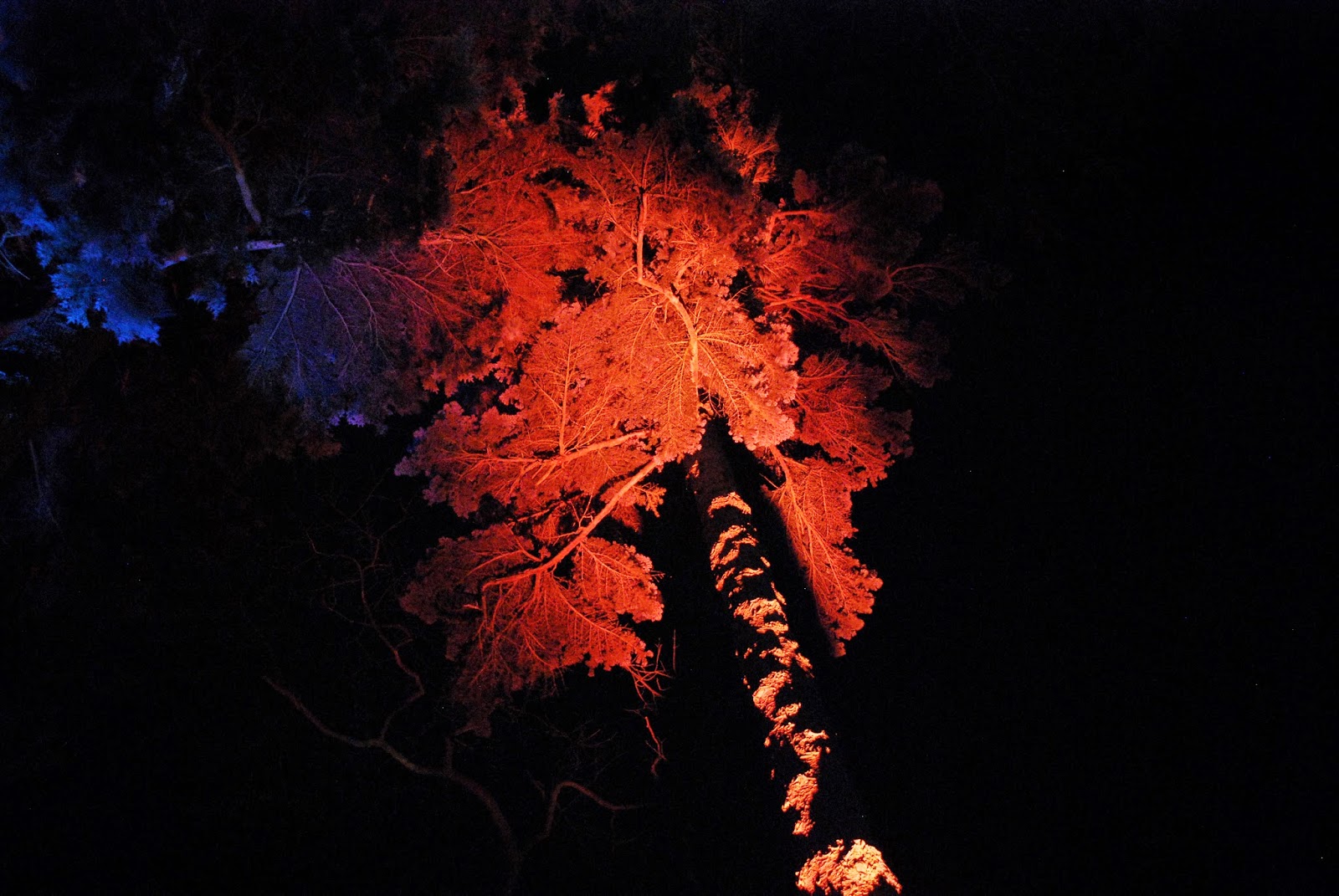 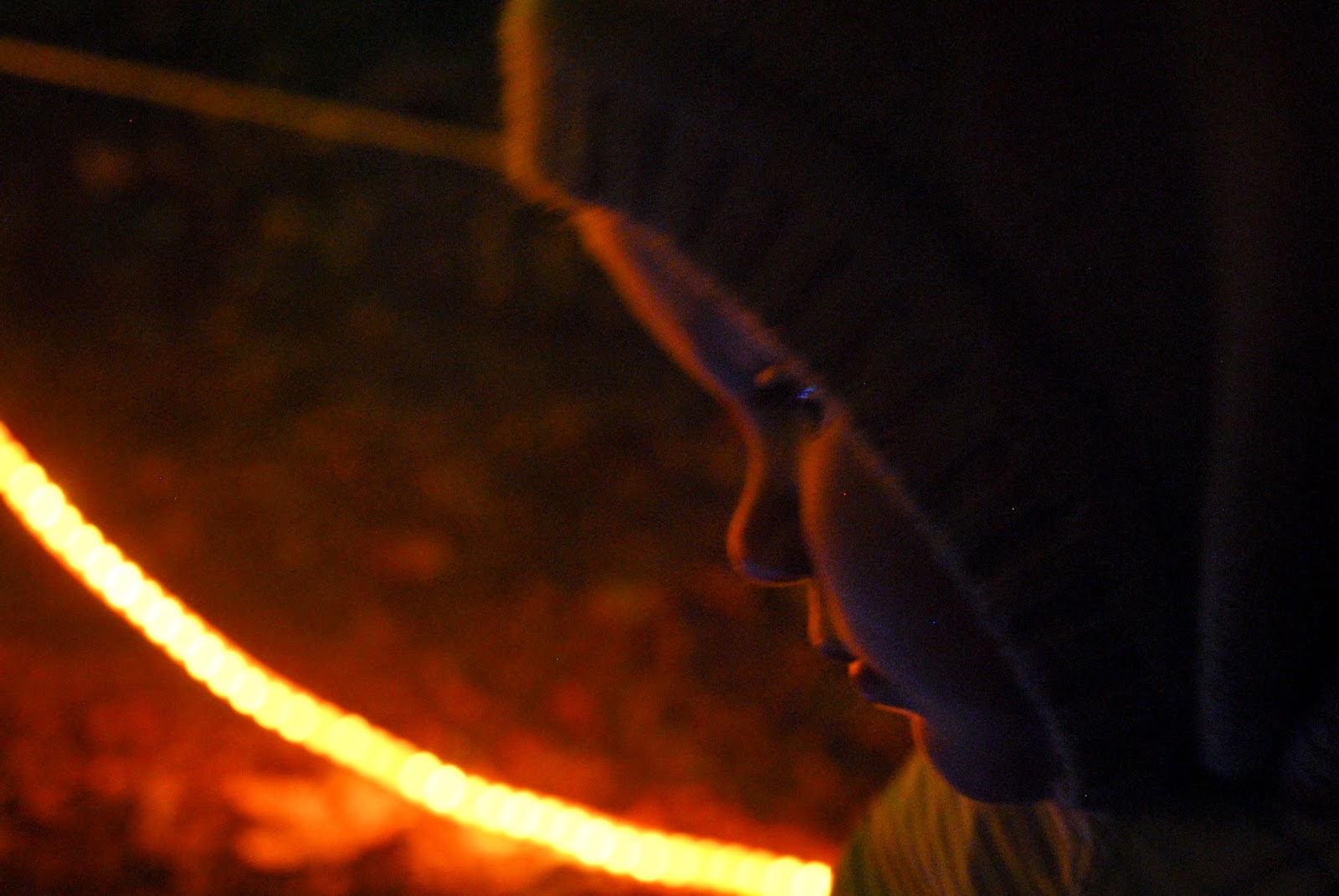 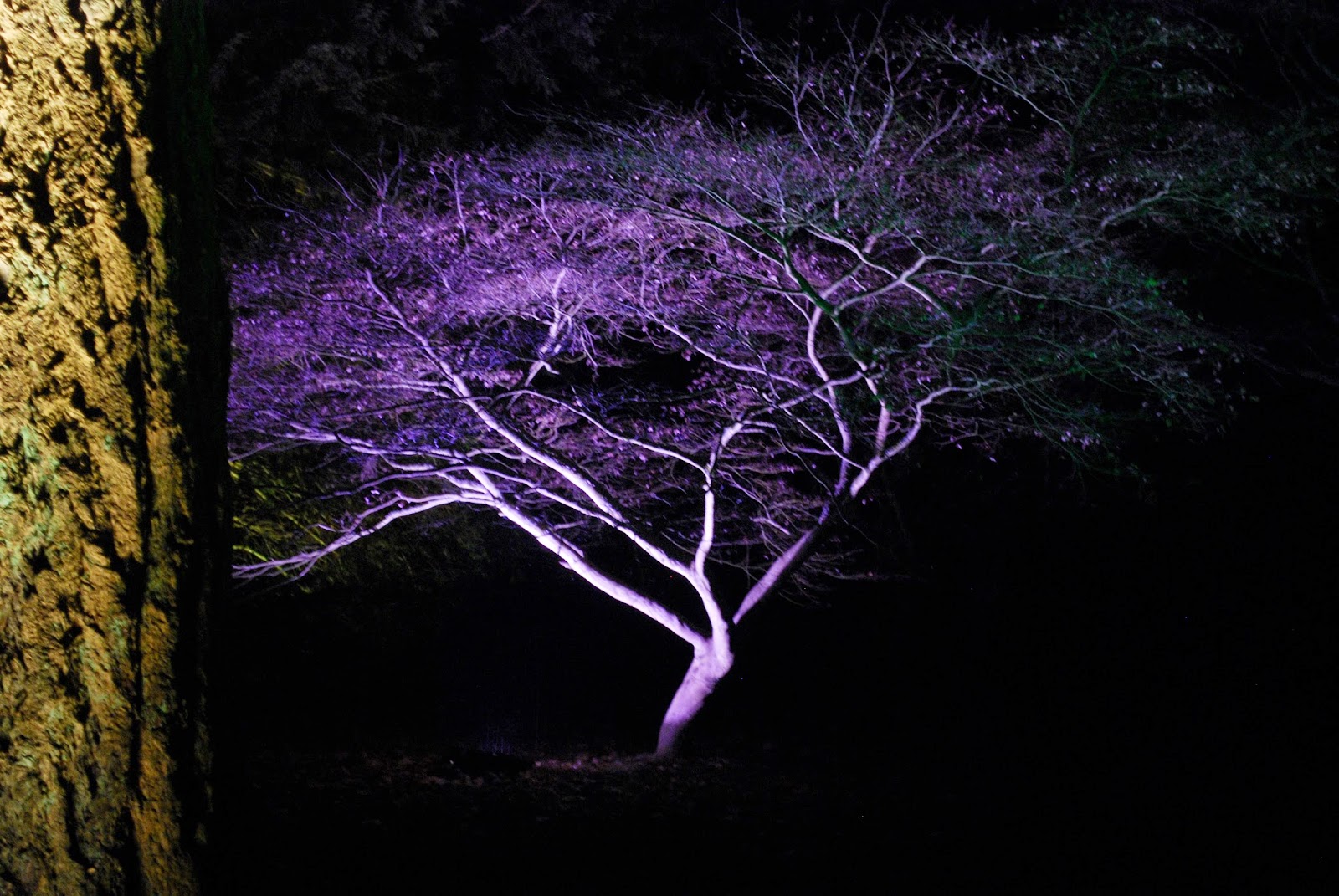 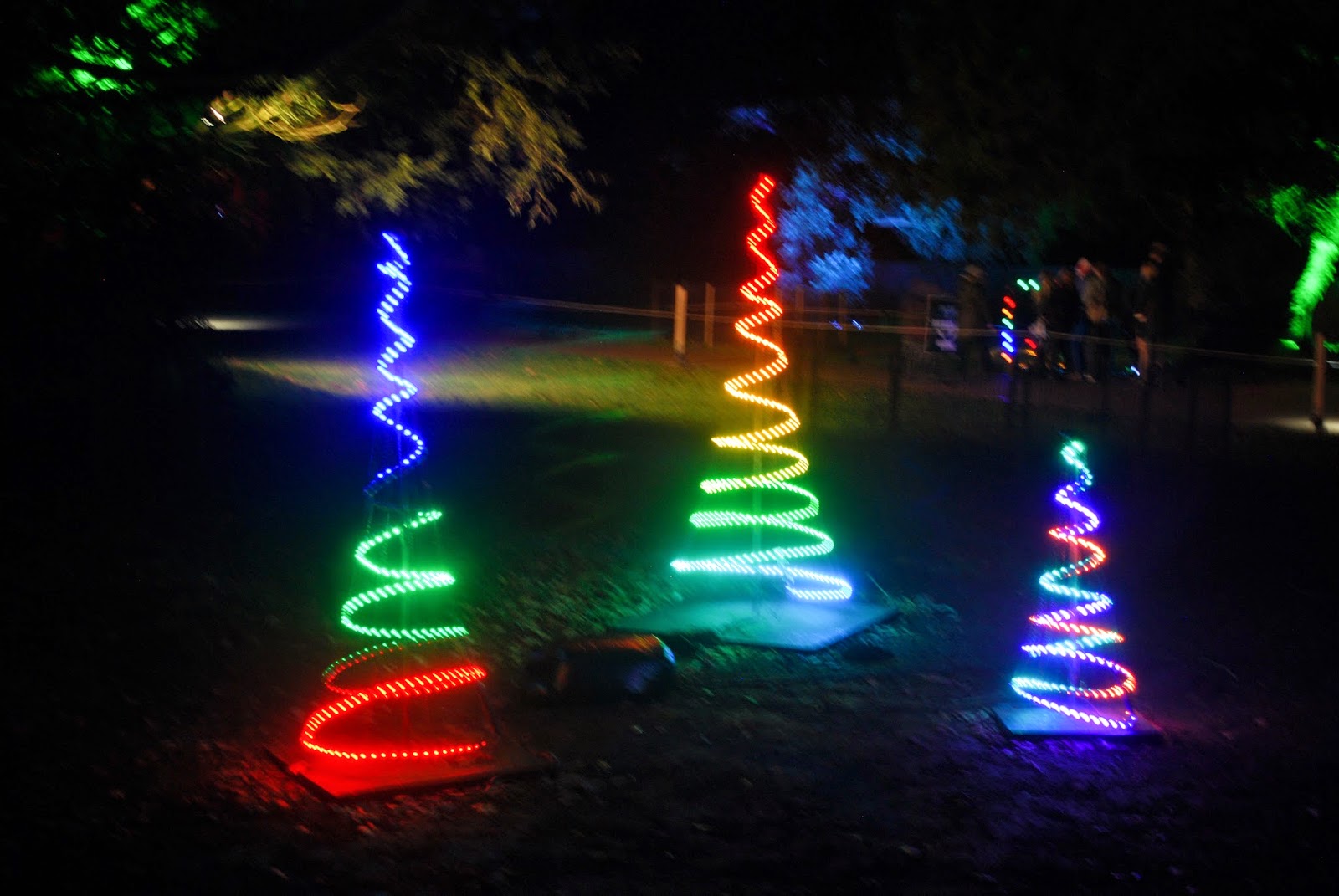 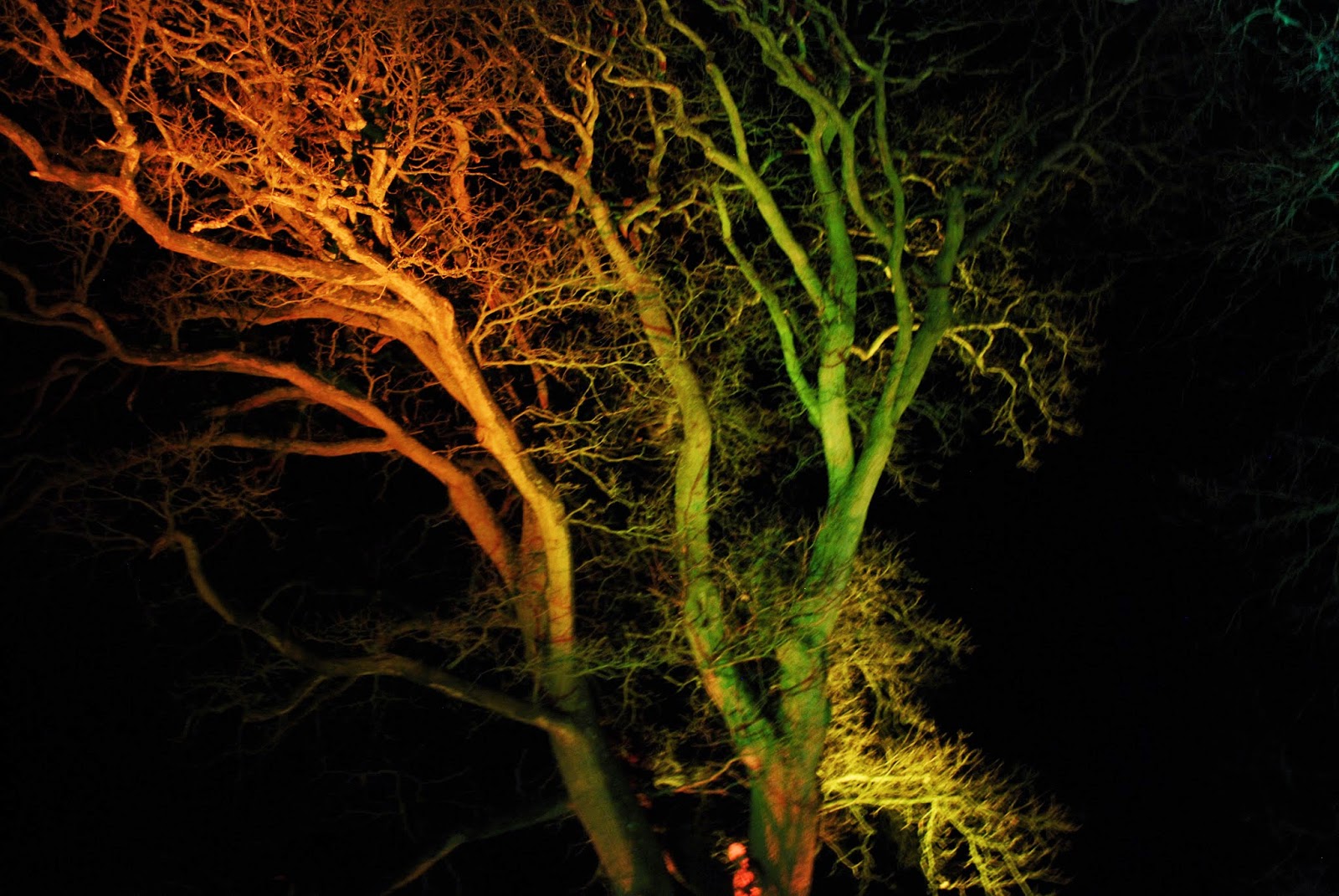