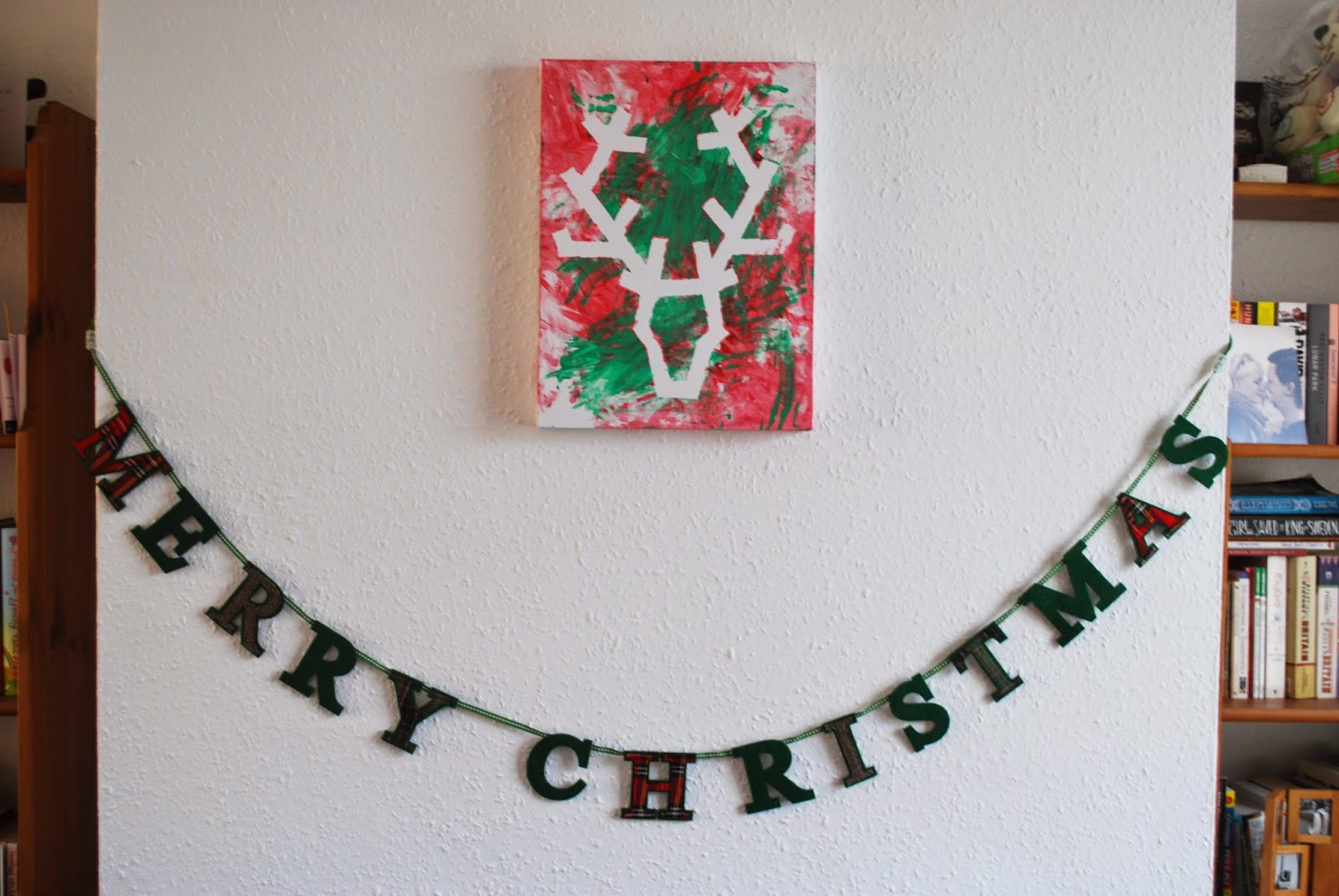 Since this year is Lyra’s first Christmas I’ve gone a little crazy with the handmade touches. We have made Christmas cards for our immediate family using Lyra’s footprints, we had a little DIY festive photo shoot and we made this canvas. I’ve been taking Lyra to The Creation Station since she was about four months old and not only does she love it but it’s given me the confidence to let Lyra get messy and creative at home. To be honest I think I would have been a little scared to get the paints out around a baby and would have kept them away until she was a few years old but I really would have missed out! Lyra seems to have a lot of fun with it and I love creating all of these little mementoes with her.

So, I first saw this canvas idea over on Pinterest (good old Pinterest) and for once thought it was an easy enough idea to do myself. All we had to do was tape off the design that we wanted to show through, making sure it was pushed down firmly. We didn’t have any masking tape so just used this old electrical tape we had lying around but masking tape would definitely have been better. We then put it down next to Lyra and some red paint in an area of the house that was easy to clean up (we chose the bathroom so we could put Lyra in the bath afterwards) and let her play. 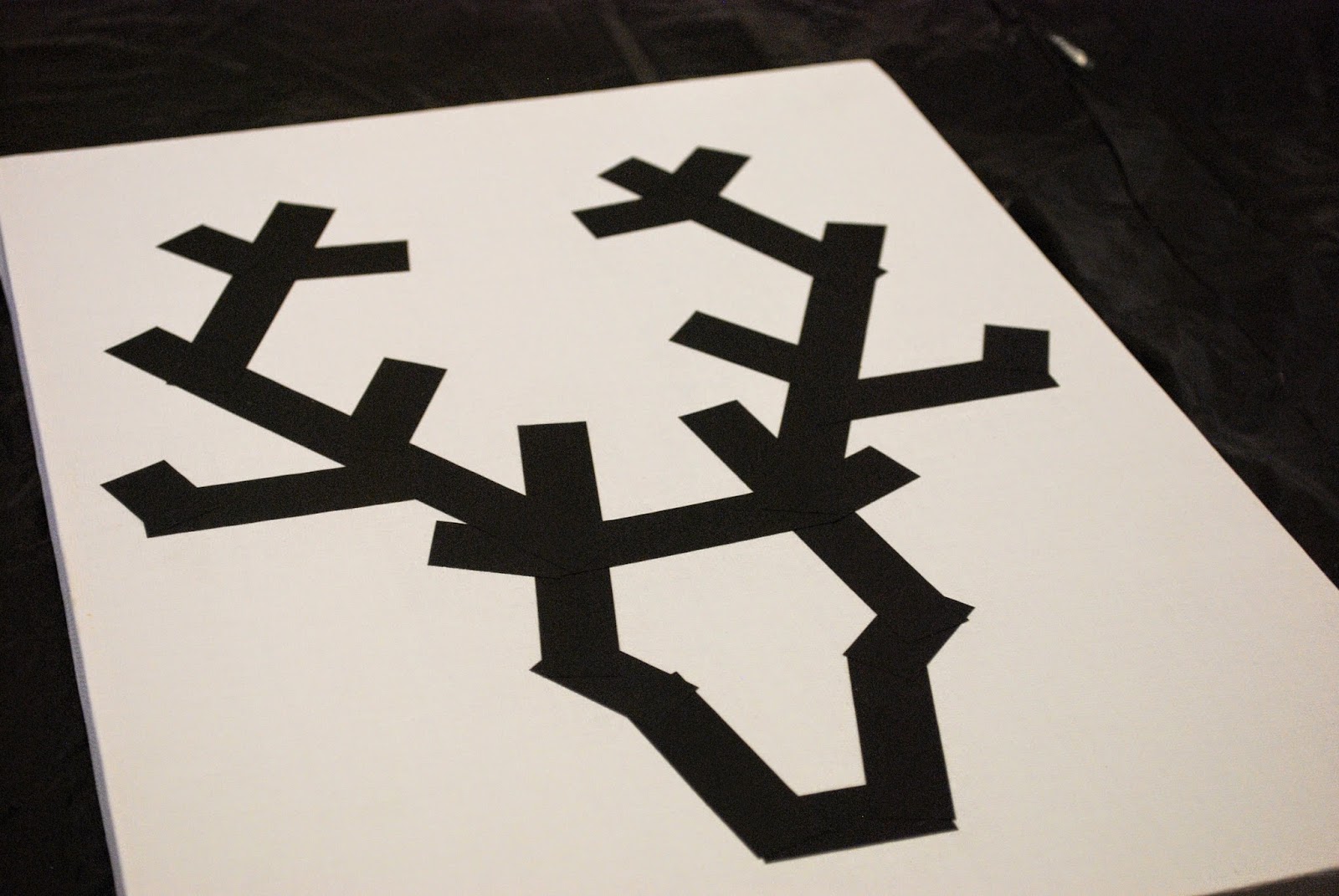 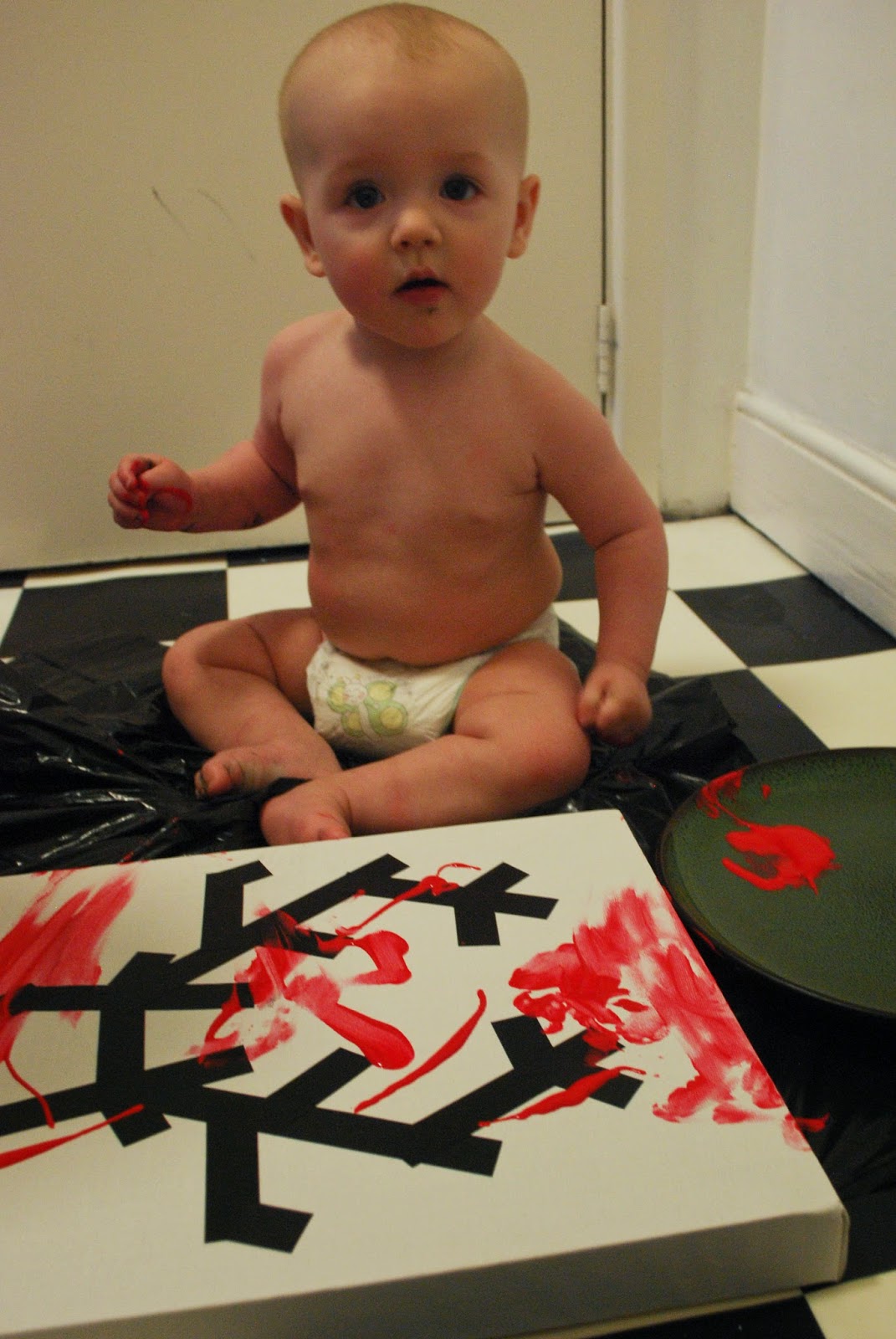 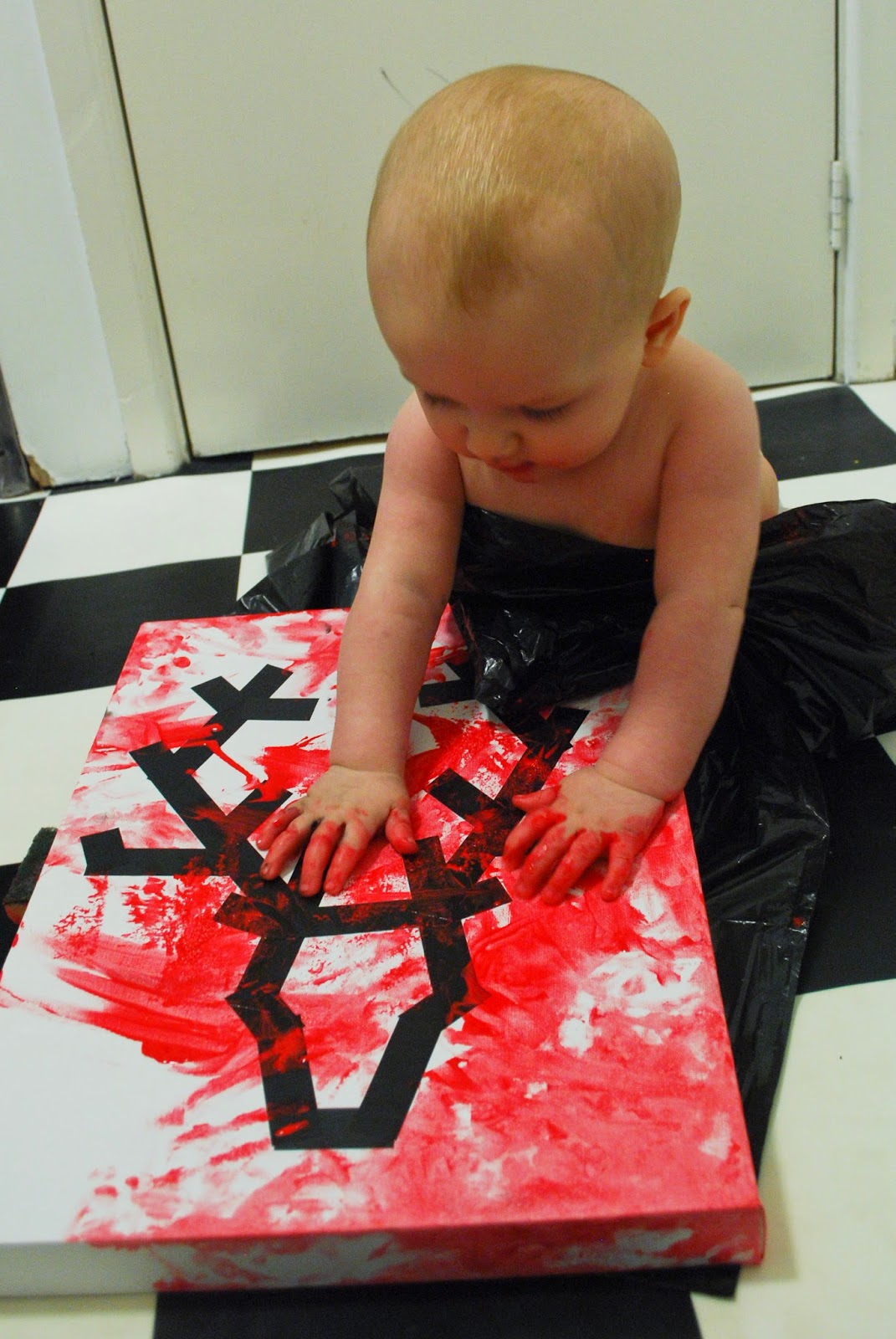 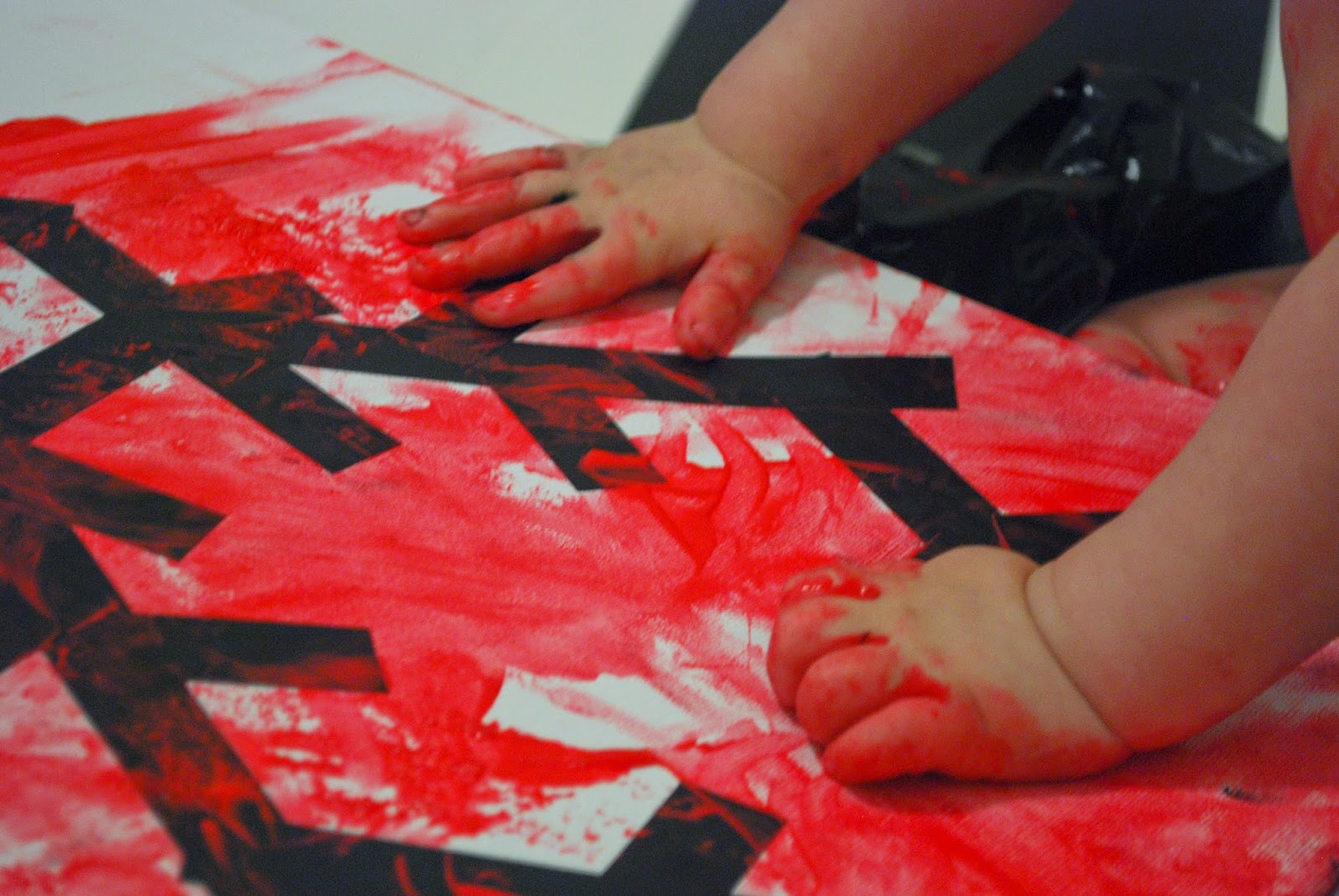 We did find that it took some encouragement for the paint to end up on the canvas as she mostly wanted to examine it and paint herself. We ended up pouring a little paint on to the canvas and then letting Lyra smear it around and that worked much better as you can see in the photos above.

Once we were happy that enough paint was covering the design we left it to dry and cleaned Lyra up! A few days later we repeated the process with the green paint (I completely forgot to take photos that time though). Once it was completely dry we carefully removed the tape and the design now shows through it white. I know it may not be everyone’s cup of tea but I love it, Lyra’s first piece of art work! What do you all think? 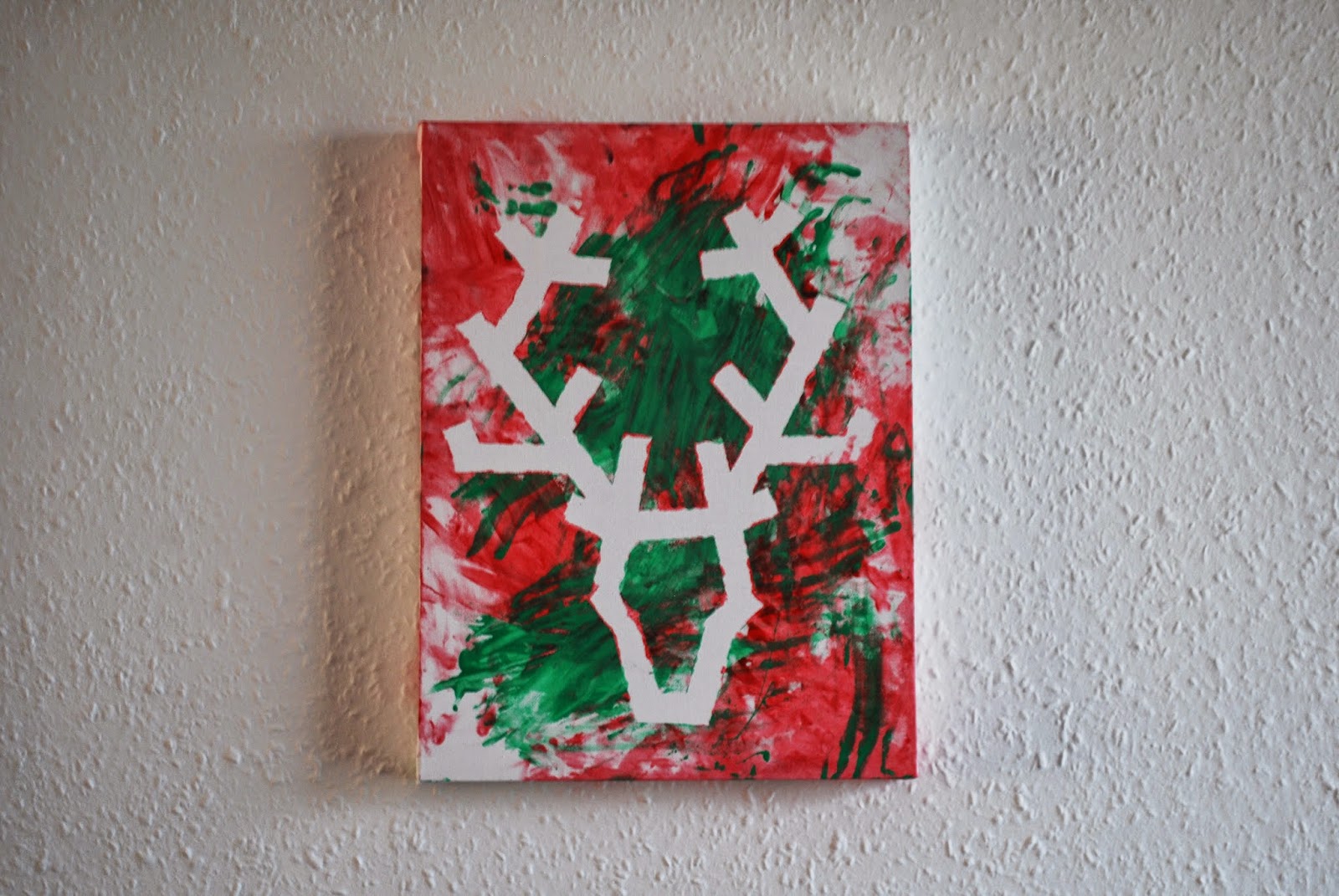