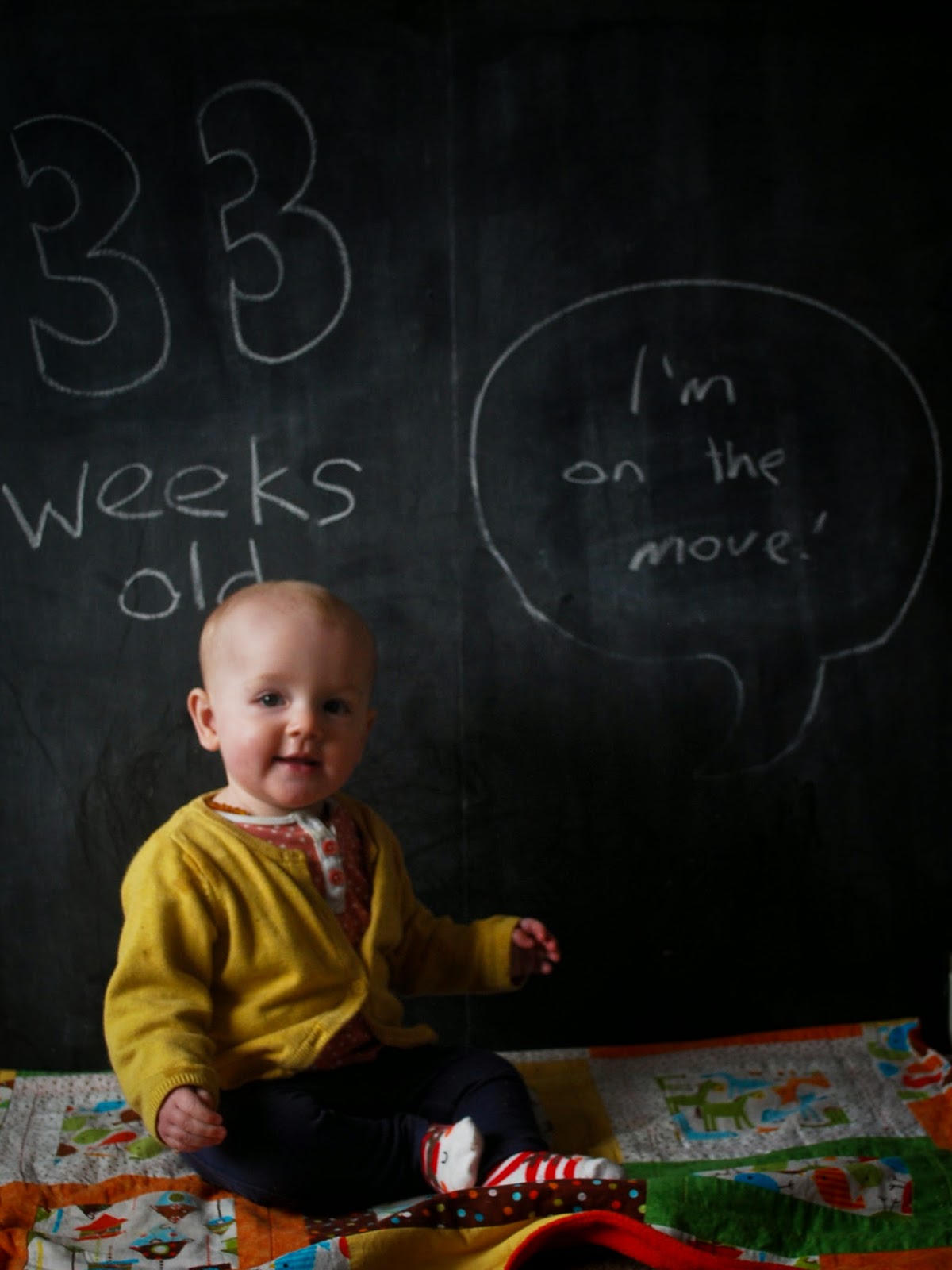 Aww, look at that little face! Since Lyra’s last weekly update we’ve all been sick with winter colds. Matt even had to take a couple of days off of work as he was feeling so rough which is something that he never does. All things considered, Lyra has coped pretty well with being sick. I mean, she hasn’t slept properly in over a week and she’s been super clingy but she’s spent a good proportion of the days pretty happy still.

This week Lyra is well and truly on the move! She can’t crawl but is mastering the belly crawl and the way she clasps her hands to pull herself forward is really cute. She is also getting quite good at shuffling backwards on her bum so between these two moves she can get where she wants to go eventually. Lyra is not enjoying the experience of learning though and is getting very frustrated with how slowly she’s moving, she wants to be an instant expert and that is obviously not going to happen.

I feel like we had been pretty close to cracking this sleep malarkey but with her being unwell this past week we’ve regressed. We have managed to stick to bedtime routine so Lyra has been going to sleep in her cot ok but has inevitably been ending up in our bed at some point during the night. I think that she’s been getting very bunged up whilst led down asleep in the cot so when she wakes she’s upset and snotty. Poor little thing.

Feeding has also gone downhill due to Lyra’s cold. She’s been impatient whilst eating and obviously struggling to breathe with her mouth full so mealtimes have been more difficult. The only foods she will consistently eat at the moment are broccoli, yoghurt, grated cheese and corn puffs. Everything else is very hit and miss and I’m hoping her appetite picks up again soon as it’s depressing to throw away so many meals that I’ve cooked for her.

We all seem to be on the mend now so I’m hoping for a happier week this coming week. Can’t believe how quickly Christmas is approaching!