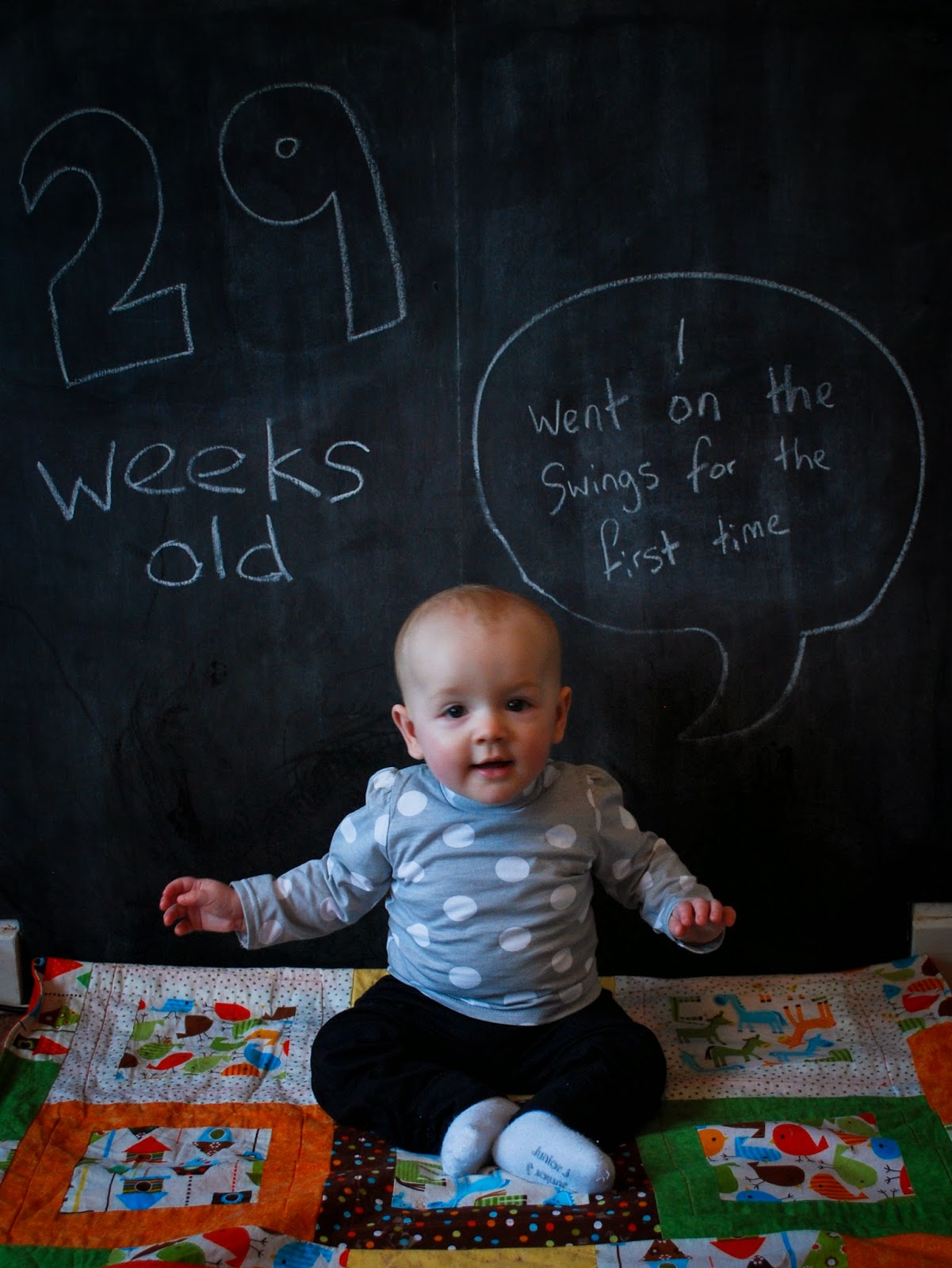 I’m a day late posting this but I hope that you’ll forgive me. Lyra spent most of yesterday wearing just a nappy, socks, and a jumper as we’re still getting to grips with the messes of weaning and I just didn’t think that would make a nice picture. So here we are, a day later. I promise Lyra hasn’t changed too much in 24 hours though.

At the risk of sounding like a broken record we are still struggling with sleep. That’s all I’ll say about that this week as I’m sure you’re all fed up of hearing it but I long for the week when I can say that Lyra slept through the night again!

Food is, thankfully, a different story altogether. We’ve started introducing a lot more finger foods and Lyra loves them. She still really enjoys porridge for breakfast but most of the rest of her meals she feeds herself. It’s so messy but we get the most smiles and giggles out of her during mealtimes so she’s clearly enjoying herself. I’m also enjoying being able to eat with both hands again as she eats around the same times that we do.

The other thing that is guaranteed to get a smile out of Lyra is bath time. She loves it! Bath time is Matt’s ‘job’ and I think he loves it just as much as she does. I can hear their giggles right now as I type this as most days I make use of this little alone time to blog. It’s crazy to think that our little girl used to scream and scream all through bath time and it was something we used to dread. I am so glad that she grew out of that.

This week Lyra does not like to be led down. This makes dressing her and nappy changes very difficult. It’s like, now she knows how to sit, she does not want to go back to being horizontal. Let’s just say Matt and I are becoming experts at the speedy changes, our ears do not appreciate it if we go slowly!