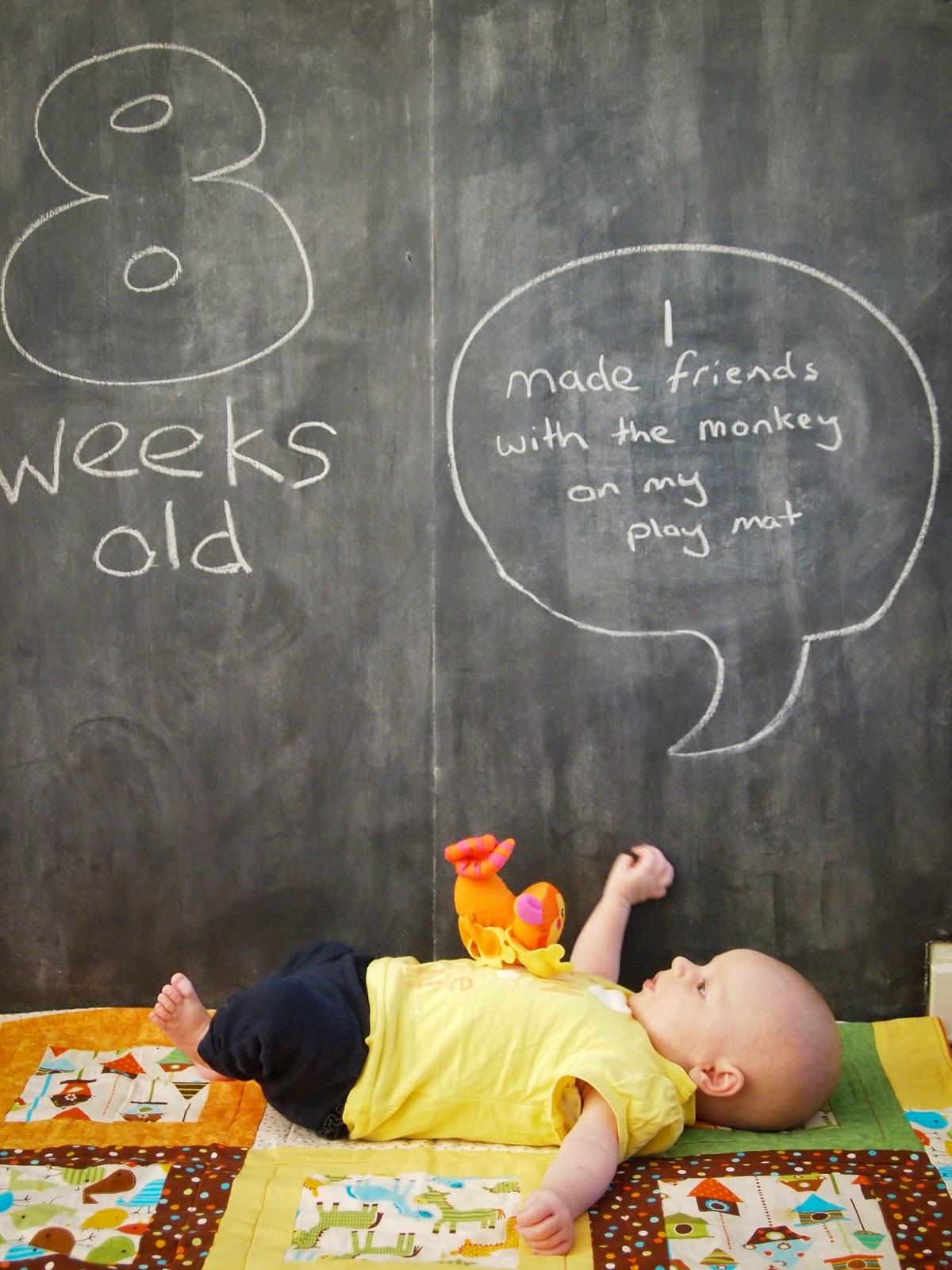 We were given a new play mat last weekend and Lyra quickly fell in
love with the monkey on it. She’ll lay there for 10 minutes or so (the
longest she’ll occupy herself for) staring at this monkey. She starts by
smiling at it then chatters away at it. Eventually she’ll get
frustrated at the monkey, start frowning and eventually shout at it
until we take her away. It’s the cutest thing to see. I’ll try and
capture it on video to share with you guys.

That’s been the biggest development with Lyra this week. She can
definitely entertain herself for longer now even just led down on the
blanket alone. It does mean that I can start getting things done again.
The only negative this week is that Lyra has started to fight napping
during the day which results in her getting extremely grumpy in the
afternoon. We’ve been given some baby monitors now though so this week
I’m going to attempt to put her down in her cot to nap. Hopefully that
will work.